Covid vaccine: How many people has India vaccinated? 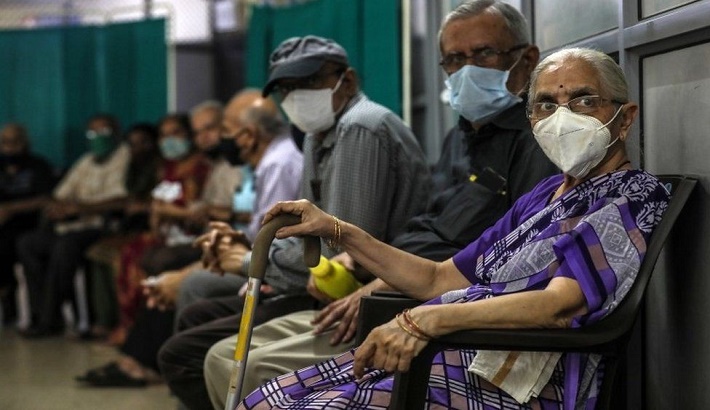 More than 55 million people in India have received at least one dose of a coronavirus vaccine in what is the world's biggest inoculation drive.

India's Covid caseload had dropped sharply by the time it began vaccinating people early this year. It was adding under 15,000 infections daily. But cases began to spike again in March.

Since the pandemic began, India has confirmed more than 11.7 million cases and over 160,000 deaths. It's the second-highest number of Covid-19 infections in the world after the United States.

How is the rollout going?

From 1 March, the eligibility criteria was expanded to include people over 60 and those who are between 45 and 59 but have other illnesses. The government has now announced that from 1 April, the jab will be available to anyone aged 45 years and above.

The country's drugs regulator has given the green light to two vaccines - one developed by AstraZeneca with Oxford University (Covishield) and one by Indian firm Bharat Biotech (Covaxin). Several others candidates are at different stages of trials.