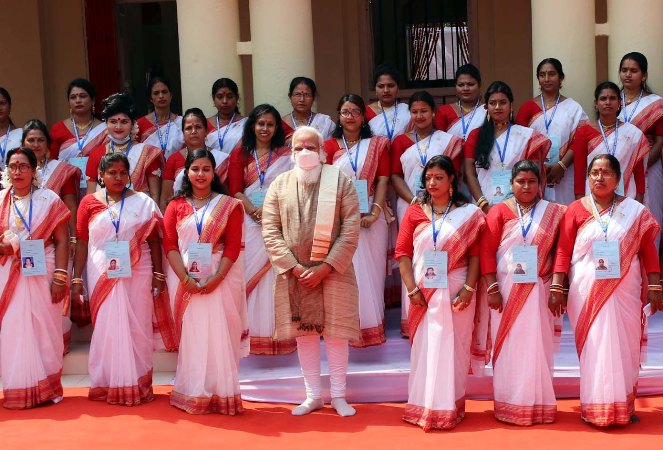 He entered into the temple around 10:10 am and completed rituals around 10:22 am at the Jashoreshwari Kali Mandir, an ancient holy place dedicated to the Goddess Kali. 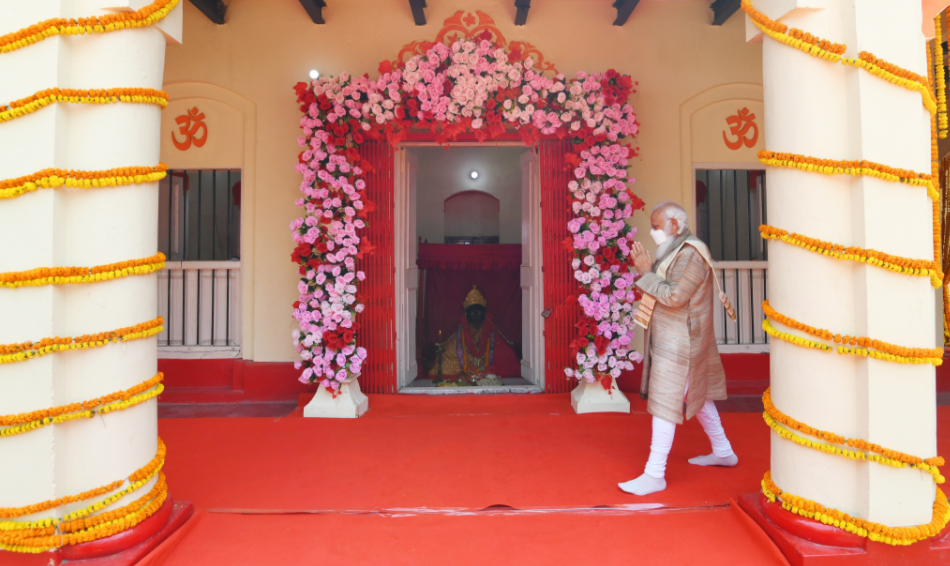 The Indian premier, who is on a two-day visit to Bangladesh, was welcomed in a traditional way upon his arrival at the temple.

Inside the temple, Modi, who was wearing a mask, offered prayers and sat on the floor while the priest Dilip Mukharjee was reciting the religious texts.

Later, he came out from the temple and joined photo session with followers. 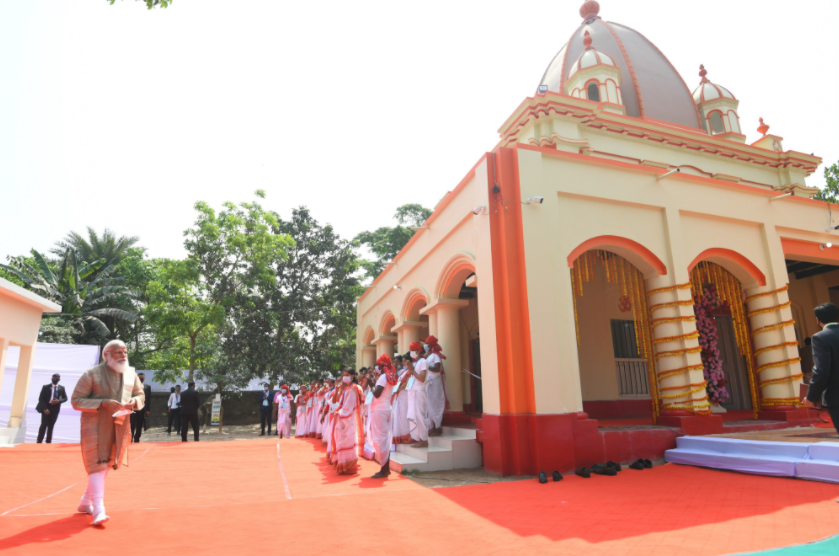 He left Satkhira for Gopalganj to pay homage to Father of the Nation Bangabandhu Sheikh Mujibur Rahman at his mausoleum at Tungipara.

Later, he will visit Orakandi Thakur Bari, a sacred shrine of the “Matua” community in Gopalganj.

He will also exchange views with the family members of Harichand Thakur and leaders of Matua community. 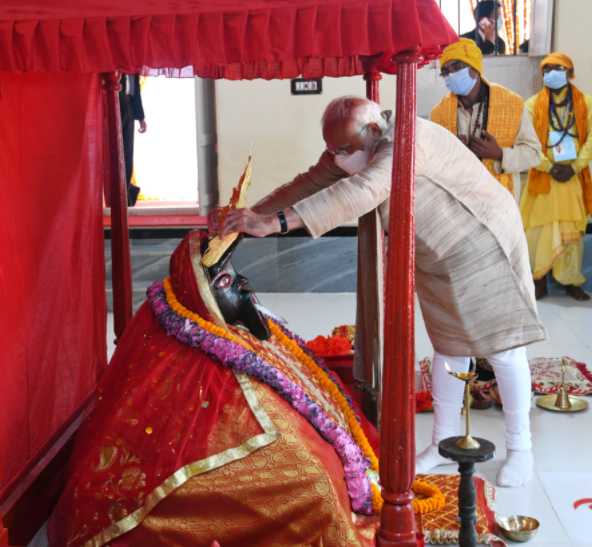 Glimpses from the memorable visit to the Jeshoreshwari Kali Temple. pic.twitter.com/tOHxdrMsWX