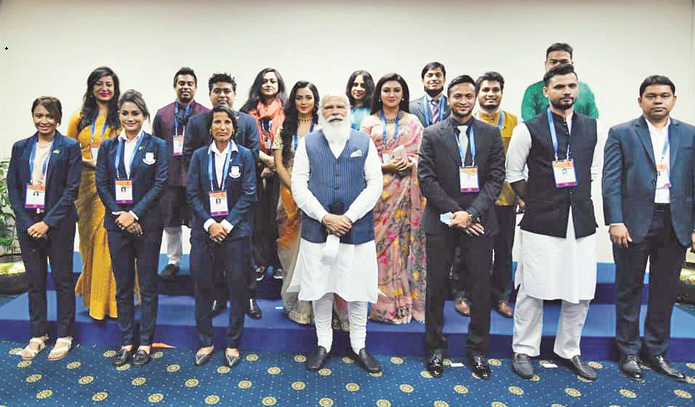 The country’s top cricket stars on Friday met Indian Prime Minister Narendra Modi, who is on a two-day visit to attend the celebrations to mark the birth centenary of Father of the Nation, Bangabandhu Sheikh Mujibur Rahman and 50 years of the war of liberation of Bangladesh.

Ace all-rounder Shakib Al Hasan, former national skipper Mashrafe Mortaza, women’s cricket team players – Jahanara Alam and Salma Khatun were among few youths who have made Bangladesh proud over the years, met Narendra Modi after he arrived in Dhaka on the same day.

“(I am) really honoured to meet the Prime Minister of India Narendra Modiji. I think his visit will be a fruitful one for both the countries and the leadership here shown for India is tremendous,” Shakib was quoted as saying in media reports. 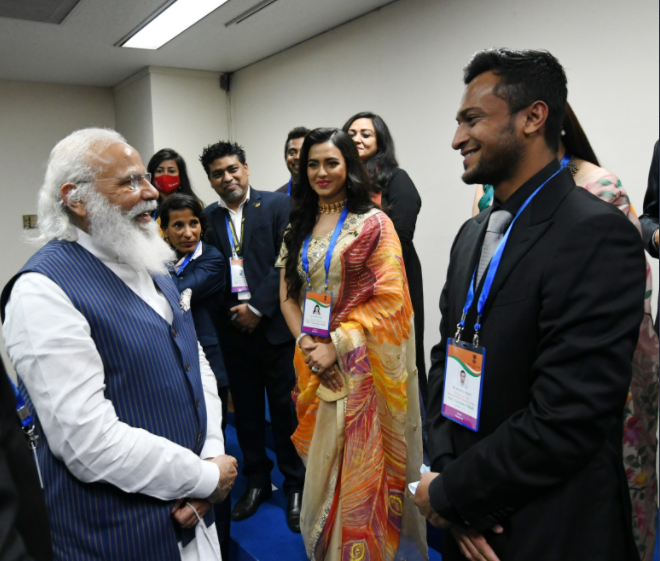