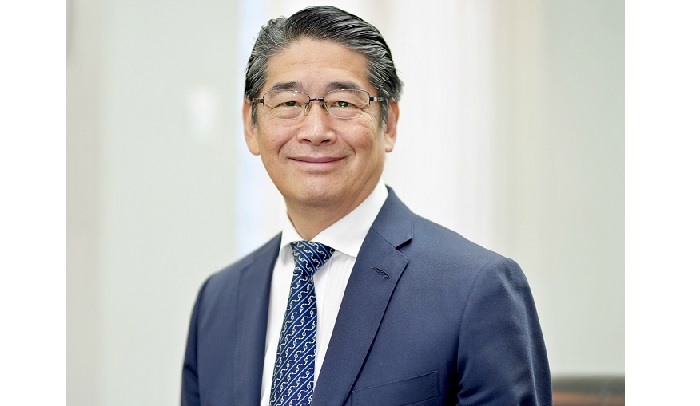 Ambassador of Japan ITO Naoki has said Japan will continue to extend its cooperation for the development of Bangladesh and for enhancing regional connectivity, and work closely with Bangladesh to realise a "free and open Indo-Pacific".

In a congratulatory message on the occasion of golden jubilee of independence of Bangladesh, he hoped that both Japan and Bangladesh will enjoy further prosperity and the friendly relations among the peoples of the two countries will continue to develop.

The completion of these projects will change the face of the nation and profoundly contribute to the stability and prosperity of Bangladesh.

“This country will move a step closer to the realization of the "Golden Bengal". In 2026, Bangladesh will graduate from the least developed countries (LDC) and aims to become a developed country in 2041 by achieving "Vision 2041",” he said.

Bangladesh is expected to play an even greater role in promoting regional cooperation and addressing global agenda.

In this regard, Bangladesh's current efforts for providing shelters to “Rohingya” refugees from Myanmar and working towards the early repatriation of the refugees are worthy of our appreciation. Japan will spare no effort to extend its support to that end.

The Ambassador said the friendly relations between Japan and Bangladesh date back to before the independence. In 1970, citizens in Japan raised funds on the streets for East Pakistan at that time in response to the devastating damages caused by a cyclone.

Furthermore, on February 10, 1972 after Bangladesh's independence on March 26, 1971, Japan recognized Bangladesh as a sovereign state, which was the first among Western countries.

At the time of the independence of Bangladesh, Hayakawa Takashi, a Diet member of Japan, played a special role in promoting friendship between Japan and Bangladesh. On March 1972, Hayakawa visited Bangladesh as Goodwill Envoy of the Government of Japan.

While observing Bangladesh being devastated due to the War of Independence, he felt the enthusiasm of people who had just won their independence, and talked thoroughly with Bangabandhu about future nation-building aiming for "Golden Bengal".

The Jamuna Bridge, mentioned in the discussion, was printed on Bangladesh's 100 taka banknote after the completion of its construction with support of Japan, which became a symbol of friendship between Japan and Bangladesh.

In 1973, the Japan Overseas Cooperation Volunteers (JOCV) were dispatched for the first time to Bangladesh, and in 1974 an economic delegation, headed by Mr. Nagano Shigeo, Chairman of the Japan Chamber of Commerce and Industry, also visited the country.

The Mission visited every corner of the new Bangladesh, including Chittagong, Cox's Bazar, Sundarbans, Cumilla, Kaptai, Sirajganj and Khulna, and found great future potentials in the country.

From the very beginning of the independence, Japan has contributed to the development of Bangladesh in various fields, ranging from grassroots support, human resource development to infrastructure building with joint collaboration efforts of government and private sectors.

On the last 50 years, Japan has always supported Bangladesh and worked together to realize the "Golden Bengal" of which Bangabandhu dreamed.

From this year, which marks the 50th anniversary of the independence, JICA's projects of large scale infrastructure will be completed one after another to promote Bay of Bengal Industrial Growth Belt (BIG-B) initiative.

The year of 2022 will mark the 50thanniversary of the establishment of diplomatic relations between Japan and Bangladesh.

Toward this milestone year, for further strengthening bilateral relations, “I, in close cooperation with the government and citizens of Bangladesh, will make the utmost effort to improve the business environment for further promoting of trade and investment, as well as to further deepen mutual understanding and exchange of the peoples between Japan and Bangladesh.”