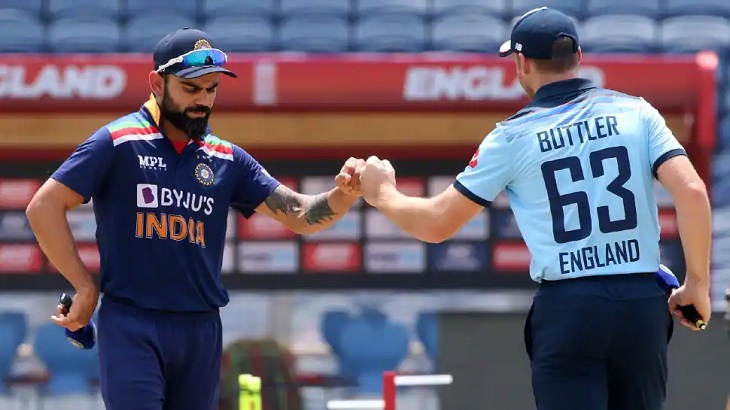 England's stand-in-skipper Jos Buttler won the toss and elected to bowl in their must-win second one-day international against India on Friday.

The tourists, who trail the three-match series 1-0, have been forced to make changes after injuries to regular captain Eoin Morgan and Sam Billings.

"We played some good cricket the other day and let ourselves down at the end," Buttler said.

"We've tried to play the way we do for a long time and we have to be smart about it at times but we'll continue to be aggressive."

England lost the opening ODI by 66 runs on Tuesday while chasing 318.

India also made one change with injured batsman Shreyas Iyer, who dislocated his shoulder in the opening win, making way for Rishabh Pant.

Skipper Virat Kohli said India would have chosen to bat first if he had won the toss.

"That's what development of team is all about. That's why we wanted to put ourselves in the same position. You have to be precise in your execution."