BCB does a U-turn on revoking Shakib's NOC for IPL 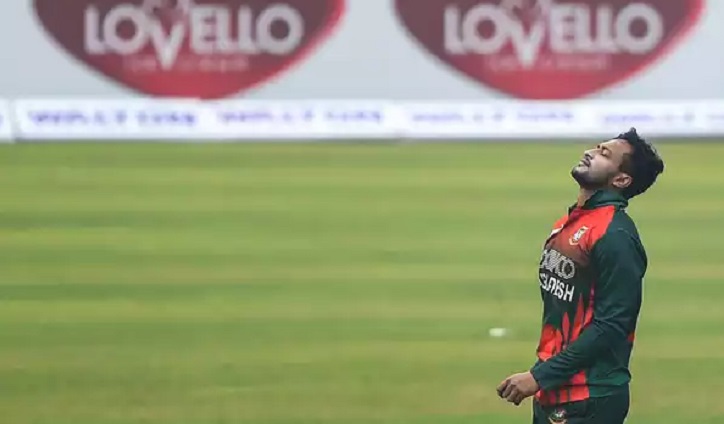 Shakib can heave a sigh of relief © AFP

The back and forth between the Bangladesh Cricket Board (BCB) and Shakib Al Hasan over his participation in the upcoming Indian Premier League (IPL) at the cost of missing a Test series against Sri Lanka has seemingly drawn to a close, with the BCB decided to uphold Shakib's No Objection Certificate to participate in the IPL.

The U-turn by the board comes days after it threatened to reconsider the NOC given to Shakib, after a public fallout between the two parties.

Shakib's claims that he was misinterpreted by Akram Khan (BCB's cricket operations chairman) about picking the IPL over Tests for his country had provoked a sharp response from the BCB, and temporarily putting Shakib's participation in the IPL in doubt.

However, Ismail Haider (BCB Director) confirmed that Shakib's "NOC will remain as it is and he can go and take part in IPL."

Cricbuzz understands that Shakib is expected to leave the country on March 28 to join his KKR team mates and will have to complete a seven-day quarantine before being available for training.

Shakib's NOC is valid up to May 18, and he is expected to return for the three-match ODI series against Sri Lanka that is scheduled to start on May 20.

While that ends the impasse for now, Cricbuzz understands that the matter could still come up in BCB's board meeting for the issue is believe to have aggrieved the officials in the board.

Shakib, who arrived from USA on March 22, began his preparation from Wednesday and spent hours together in the nets of his own cricket academy trying to hone his batting skills against throwdowns and also bowled a couple of overs that suggested that he has recovered sufficiently from the groin injury that ruled him out from the second Test against West Indies at home.