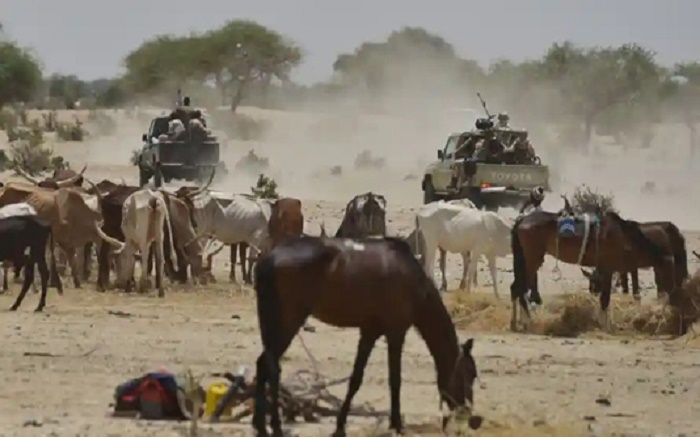 Thirteen people were killed in western Niger when armed men on motorbikes raided three villages near the Malian border, local officials said, warning of an escalation in jihadist attacks in the remote Sahel region.

“The toll is this: six people dead in Zibane-Koira Zeno, one person in Zibane Koira-Tegui and six people in Gadabo, so thirteen people lost their lives,” Tidjani Ibrahim Katiella, governor of Tillaberi region, told public television Thursday after a visit to the site of the attacks.

“What concerns us a lot is this escalation of violence and insecurity that is taking place newly in the region,” he said, pointing to the increased imposition of Islamic taxes by militants, theft of livestock, and violence against civilians.

The raiders attacked the villages on motorbikes at around 5 pm on Wednesday evening, an official told AFP, speaking on condition of anonymity.

They “encircled the villages” and ran down and killed people who tried to flee, they said.

“They made off with animals, set fire to school classrooms and looted a health centre.”

The triple attack is the latest in a string of raids in the poor Sahel state that have claimed more than 300 lives since the start of the year.

It is the second attack on the three villages in less than a year.

Last May, 20 people were killed, also by heavily armed men who arrived on motorcycles and sped off towards neighbouring Mali, according to authorities.

The villages lie close to each other in a remote part of the Tillaberi region, in the lawless “tri-border” area where the frontiers of Mali, Niger and Burkina Faso converge.

On Sunday, 137 people, all of them from the Tuareg ethnic group, were killed in the Tahoua region farther north, also by armed men who arrived on motorbikes.