US urged to join South America in fighting China fishing 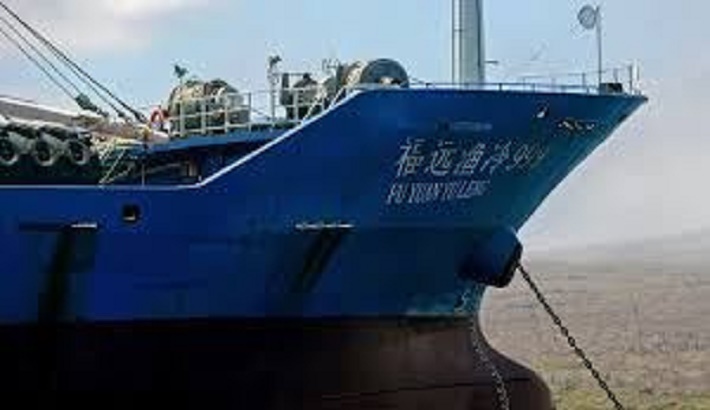 The US should consider leading a multilateral coalition with South American nations to push back against China’s illegal fishing and trade practices, a US intelligence agency has recommended in a document obtained by Axios.

Why it matters: China’s illegal fishing industry is the largest in the world. Beijing has made distant-water fishing a geopolitical priority, viewing private Chinese fishing fleets as a way to extend state power far beyond its coasts. A senior US administration official confirmed to Axios that several agencies across the government are “taking a look at this in light of the president’s priorities,” which include “deepening cooperation with allies and partners on the challenges we face to our economy and national security.”

What’s happening: Huge fleets of hundreds of Chinese vessels have had boats fish illegally in the territorial waters of South American countries, including off the Galapagos Islands.

The activity has depleted stocks and disrupted food chains, in a practice referred to as illegal, unreported or unregulated (IUU) fishing. South American nations say these fleets are a challenge to their economic and environmental security, but their navies often lack the resources to effectively monitor and patrol their own waters.

Last year, Chile, Colombia, Ecuador and Peru stated they would join forces to defend their territorial waters from incursions by Chinese vessels. Details: “South American countries probably would welcome a coalition effort to increase trade pressure on China and enforcement of fishing standards,” officials from the Office of Intelligence and Analysis wrote in a Feb. 5 document labeled sensitive but unclassified.

“Unilateral pressure by the United States would likely result in China enforcing similar sanctions, just as Beijing did by enacting a new law to counter US restrictions on technology firms,” said those from the office, an intelligence agency within the Department of Homeland Security. Several offices and agencies are working together on this effort, including the US Coast Guard, the Office of Naval Intelligence, the National Oceanic and Atmospheric Administration and the State Department, according to the document and government sources.

The document assessed with “high confidence” that Chinese fishing in South American waters would also “cause continued economic harm to US domestic fisheries as a result of anticompetitive tactics.”

It assessed with “medium confidence” that China is likely to “continue exploitative fishing practices in South American waters despite recent actions by governments and an intergovernmental organization to limit these activities.”

It also assessed with “medium confidence” that South American countries would welcome a coalition to increase the enforcement of fishing standards. What they’re saying: “There’s a lack of understanding of this problem, that it’s a global problem, that fisheries are quite stressed,” the senior administration official told Axios.

The Trump administration “started some work on the counter-IUU issue globally on China’s role since they’ve emerged as the biggest perpetrator on this,” said the official, who added the Biden administration continues to see this as a priority. Background: Former Chinese President Hu Jintao called for building China into a great maritime power, and in 2013 China’s State Council elevated the fishing industry to the level of a strategic industry. The Chinese government provides subsidies to the fishing industry, which enables boats to cover the fuel costs of sailing to distant coasts, including near West Africa and South America.

“China’s leaders see distant water fleets as a way to project presence around the world, so that when it comes time to set up regulatory frameworks, that they will have a big say in how those frameworks are set up,” said Tabitha Mallory, CEO of the consulting firm China Ocean Institute and affiliate professor at the University of Washington. The aim is to be “present all over the world’s oceans so that they can direct the outcomes of international agreements that cover maritime resources,” said Mallory, “including not just fishing but seabed mining, the Arctic” and other key issues and regions.

The Maritime Security and Fisheries Enforcement (SAFE) Act, passed in December 2019, established a “whole-of-government approach” to combating IUU fishing. In May 2020, President Trump issued an executive order to combat illegal deep-sea fishing and help promote US competitiveness in the industry.

In September 2020, the State Department added fish caught by China’s distant water fishing fleets to its list of goods produced with forced labor — a potential concern also raised in the DHS document. The bottom line: “Other countries need to weigh in on these issues too,” Mallory said. “Anything that the U.S does alone will be seen by the Chinese as simply part of the backdrop of rising power competition.”