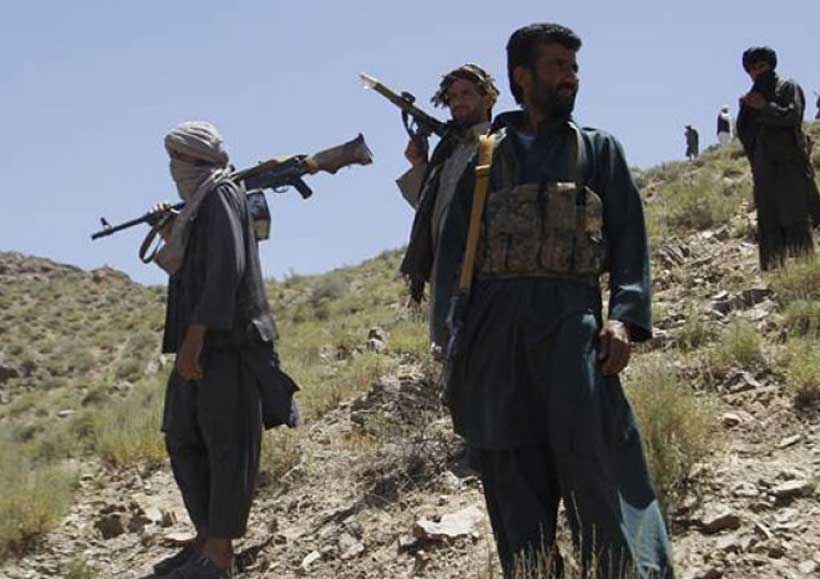 One year after Pakistan’s most prized “Good Taliban” asset, the former Tehrik-e-Taliban Pakistan (TTP) spokesman Ehsanullah Ehsan, ‘escaped’ from the military’s custody, the Pakistan Army spokesman declared before correspondents of foreign media that all efforts are being made to re-arrest him but the security forces weren’t aware of his whereabouts. Actually Pakistan Army made similar statements about Osama Bin Laden and we all know how that played out – the most wanted terrorist in the world was living a stone’s throw away from the Pakistan Military Academy and yet no one knew anything about his whereabouts. Therefore, no one would easily buy into the claims of the ISPR chief regarding Ehsanullah Ehsan. The reason is simple: the Pakistan Army has still not given up making a distinction between “good Taliban”(those who follow instructions and orders of the military) and “bad Taliban” (those who are recalcitrant and try to forge an autonomous, even independent path). In other words, Pakistan doesn’t have a problem with Taliban; it only has a problem with Taliban who don’t take their lead from the Pakistan Army.

The same policy extends also to the Afghan Taliban. In the February press conference, the DG ISPR indulged in typical Pakistani obfuscation aimed at assuring, but actually misleading Western policy makers. According to Maj. Gen. Babar Iftikhar, “It is impossible for the Taliban to recapture Kabul and that Pakistan would support them. It isn’t going to happen.” This is clear deception. Even in the 1990s the Pakistanis played this game. Back then they fully backed the Taliban offensive, even deputing officers and Non-Commissioned Officers to guide Taliban military operations. But for international consumption, the Pakistanis made a show of indulging in frenetic diplomatic activity aimed at finding a negotiated solution to the civil war. The same playbook is being used today. The Pakistanis know that their proxies – Afghan Taliban – are not only likely to capture Kabul, but will do so with ‘unstinting’ Pakistani support. In fact, Pakistan would like nothing better than to see the Taliban Emirate restored in Kabul. That is precisely what Pakistan has worked towards over the last 20 years, since 9/11. Having invested so much in the Taliban, there is no way that the Pakistanis are going to change their strategy when they are so close to achieving the objective for which they have dared even the sole superpower for two decades now.

But it is not only the Afghan Taliban which Pakistan sees as the “good Taliban”. Even among the Pakistani Taliban, the Pakistani Establishment distinguishes between the “Good and Bad Taliban” on the basis of who does Pakistan’s bidding. During the worst days of TTP violence between 2007-15, even when the Taliban were attacking civilians and security forces daily, there was a calibrated approach that the Pakistan Army followed in curbing the activities of the Islamist jihadists. The Pakistan Army went out of its way to sign peace deals, sometimes agreeing to humiliating conditions, to appease the Pakistani Taliban. There was a conviction among the top military leadership that the Taliban were their strategic assets; the only play that Pakistan had in the Great Game that was taking place in the Af-Pak region. As a result, these jihadists had to be nurtured, protected, and when they stepped out of line, nudged back into line. This reining in was done through the many ‘operations’ – almost all of them piecemeal – that were carried out in one part or the other of the Pashtun tribal belt straddling the border with Afghanistan.

It was only when things really spiralled out of control, that the Pakistanis were forced to move against the Taliban, at which time they became the “bad Taliban”. For instance, in Swat, the Taliban depredations had continued right under the nose of the Pakistan Army. The killings, kidnappings, extortion, Islamic diktats, the FM radio stations delivering blood curdling sermons were all happening taking place in the face of the Pak Army. There were innumerable instances where army and Taliban checkposts were separated by just a few meters. But it was only after an international hue and cry – Taliban are just 60 miles away from Islamabad – that the Army was forced to launch a major operation. But every operation was carried out selectively. The Army pretended the operation was indiscriminate, but on the sly it would give free and safe passage to Taliban elements who stayed on the right side of the military. For instance, when the Operation Rah-e-Nijat was launched in South Waziristan, the Taliban under Mullah Nazir were left unmolested. When the much vaunted Operation Zarb-e-Azb was launched in North Waziristan, both Hafiz Gul Bahadur and the Haqqani Network were given adequate warning. In fact, the Haqqani Network was facilitated in its move to safe areas and settle there just before the operation. Even after the operation, the Pakistan Army allowed every “Bad Taliban” a chance to turn into “Good Taliban”. Many of them were given amnesty and allowed to go back into business. For instance the head of the Punjabi Taliban – Asmatullah Muaviya – was quietly won over and his energies redirected to reigniting the Jihad in Kashmir. From bad Jihad (against Pakistan) to good Jihad (against India) the “Bad Taliban” were overnight transformed into “Good Taliban”.

One of the primary reasons why Pakistan will never let go of the specious distinction it makes between the “good and bad Taliban” is because Pakistan being an Islamic State believes that Islamism is the best antidote and counter to ethnic nationalism. The Taliban being Islamists are therefore seen as an asset against the ethnic nationalists in places like Khyber Pakhtunkhwa, Balochistan and Sindh. Thus, the Lashkar-e-Taiba is promoted in Sindh to counter Sindhi nationalism; the TTP in tribal districts (former FATA) to counter the Pashtun Tahaffuz Movement (PTM); and the Sunni death squads of Lashkar-e-Jhangvi led by people like Shafiq Mengal to counter Baloch freedom fighters. The PTM in particular has been agitating against terrorism and has accused the Pakistan Army of bringing back the Taliban in the erstwhile FATA region to intimidate the PTM supporters.

The recent spate of violence – target killings in particular, including those of PTM cadres – is being blamed on the “good or reformed Taliban”. Even the border fence that it being constructed along with Durand Line is a bit of an eyewash because it isn’t so much to prevent Taliban from crossing over as it is to incentivise the “good Taliban”and facilitate their exfiltration while preventing the “bad or recalcitrant Taliban” from infiltrating. The incentivisation is also being done through smuggling joint ventures run by Pakistan’s Frontier Corps which helps to raise the resources for both Afghan as well as Pakistani Taliban. Among other contraband, the smuggling includes narcotics. It also involves facilitating third-parties that are then ‘taxed’ by the Taliban, a part of the proceeds being shared with FC officials.

Pakistan has had to pay a heavy price in the past because of its “good Taliban – bad Taliban” policy because it doesn’t take much for the “good”Taliban to become “bad”. In the 1990s for instance, the Pakistanis backed the Afghan Taliban to the hilt, but the moment they came to power, they refused to endorse the Durand Line. Nor did Mullah Omar’s Taliban curb the activities of Sunni terrorists of Lashkar-e-Jhangvi who were wanted by Pakistan. On a host of other issues, the Taliban showed themselves to be autonomous of Pakistan. The situation was similar with the Pakistani Taliban. Of course, Pakistan believes it has learnt its lessons and next time will ensure that the “good Taliban” stay good. One way in which this is sought to be achieved is by ensuring that pro-Pakistan elements like the Haqqani Network occupy a pivotal position in the Taliban ranks and decision making matrix. The Pakistanis have also resorted to target killing of some Taliban commanders in both Pakistan and Afghanistan to send home the message that anyone who crosses the Pakistani Establishment will pay a heavy price. In addition, Pakistan has maintained its stranglehold over the Taliban leadership by keeping their families hostage inside Pakistan. How long Pakistan can continue to play this game is not clear. Perhaps once the Taliban come into their own, they will certainly try to get into a position where they can cut the strings that make them vulnerable to Pakistan.

If Pakistan is really sincere about restoring peace in Afghanistan and ushering in an era of development in the region then it has to rubbish all notion of making a distinction between “good and bad” Taliban. This distinction is as meaningless as that other great fiction that Pakistan tried to sell during the Bonn Process after 9/11 – “moderate Taliban”. Apart from being an oxymoron, “moderate Taliban” is a beast that is even more elusive than the Yeti. Pakistan has continued its efforts to make a case for the Taliban; clearly indicating that Islamabad is not ready to either give up on the Taliban or reform its policy towards the region. Apparently, for Pakistan it is a lesson still not learnt.