China ramps up rhetoric in sanctions’ dispute with West 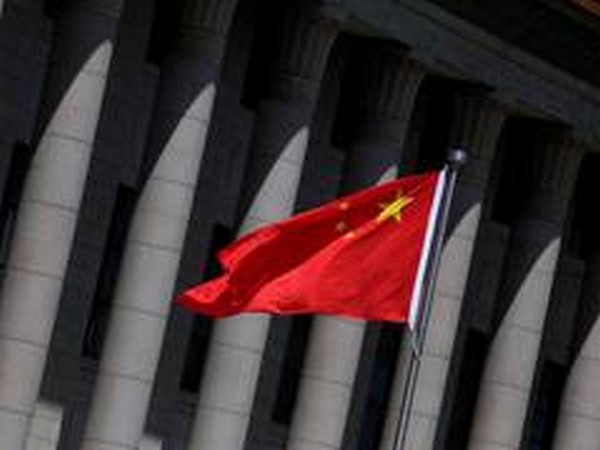 The Chinese government has ramped up the rhetoric in its sanctions dispute with the US, European Union and their allies, saying the sanctions were imposed to smear China.

Beijing has likened the current situation to the invasion of China by a foreign coalition to put down the Boxer rebellion more than a century ago, South China Morning Post reported.

“Their actions have reminded people of the history of the Eight-Nation Alliance,” Chinese foreign ministry spokeswoman Hua Chunying said on Wednesday, referring to a force of about 45,000 troops from the US, Europe and Japan that invaded northern China in 1900.

“But China is no longer what it was 120 years ago,” she said. “No one should dare to offend the Chinese people.”

Hua said the sanctions, first announced by the European Union on Monday, followed by the United States, Britain and Canada – for Beijing’s alleged human rights abuses in Xinjiang – were intended to smear China.

The United States, Canada and the United Kingdom joined the European Union (EU) on Monday to take what they described as “coordinated action” against China to send “a clear message about the human rights violations and abuses in Xinjiang”.

The sanctions agreed on Monday mark the EU’s first punitive measures on Beijing since it imposed an arms embargo after the 1989 Tiananmen Square massacre.

In retaliation to the bloc’s sanctions, China has decided to introduce sanctions against 10 European Union officials and four European organizations after accusing them of spreading lies and false information about the Xinjiang region.

“China decided to sanction 10 people and four organizations who seriously harmed the country’s sovereignty and interests by spreading lies and false information with evil intent,” the ministry said in a statement as quoted by Sputnik.

The dispute has seen a flurry of activity in diplomatic circles, with China and European nations summoning each other’s ambassadors to answer for the move and responses to it, according to the SCMP.

On Tuesday, China’s ambassador to Belgium became the latest diplomat to join the dispute.

According to a statement on the embassy’s website, ambassador Cao Zhongming told senior Belgian officials that the EU had “imposed sanctions on China based on Xinjiang-related lies and false information, deliberately provoked confrontation, and grossly interfered in China’s internal affairs”.

Meanwhile, Italy’s foreign ministry said on Tuesday it had summoned China’s ambassador to Rome Li Junhua to appear on Wednesday.

Beijing, on the other hand, has vehemently denied that it is engaged in human rights abuses against the Uyghurs in Xinjiang while reports from journalists, NGOs and former detainees have surfaced, highlighting the Chinese Communist Party’s brutal crackdown on the ethnic community, according to a report.

The US Department of State under then-Secretary of State Mike Pompeo called the crackdown on Uyghurs as ‘genocide’. Beijing has been restricting information flow from the area to scrub evidence, leading countries to make determinations as best as they can.

Surveillance and censorship have long hindered a full view of conditions in Xinjiang. However, last year, Beijing locked-down borders, citing the coronavirus; expelled foreign journalists who reported on Xinjiang; and scrubbed information off websites across the region, reported Washington Post.

The designation of genocide would become an indelible stain on President Xi Jinping’s legacy and further boost European nations to join the United States in imposing economic sanctions and calls to boycott the 2022 Beijing Winter Olympics.

Since 2017, a massive political ‘reeducation’ campaign against Uyghurs and other groups have been carried out by the government in Xinjiang, with scholars estimating over a million people detained in camps, some transferred to prison and others pressured to work in factories, Washington Post reported.