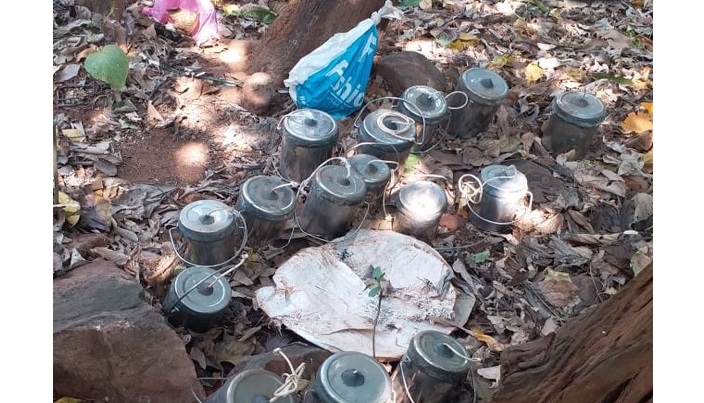 Police recovered around 170 pieces of torch and a bag containing bomb-like substance from an under-constructed building near ‘Kalughat Betar Kendra’ in the city's Chandgoan area on Thursday night.

Police also detained a youth in this connection.

Sources said on information, police cordoned off an under-construction building of ‘Bashudha Builders’ in the Chandgaon area at 8:00pm.

They recovered some 170 pieces of torch and a bag carrying bomb-like substance from the building, said Deputy Commissioner (DC-North) Bijoy Bashak of the CMP.

The bomb disposal unit reached the spot and will take necessary action in this regard, he said.

A youth was detained from the spot and will be quizzed, he added.