Dhaka to roll out red carpet for Modi

Hasina, Modi will have one-on-one talks, sign range of pacts 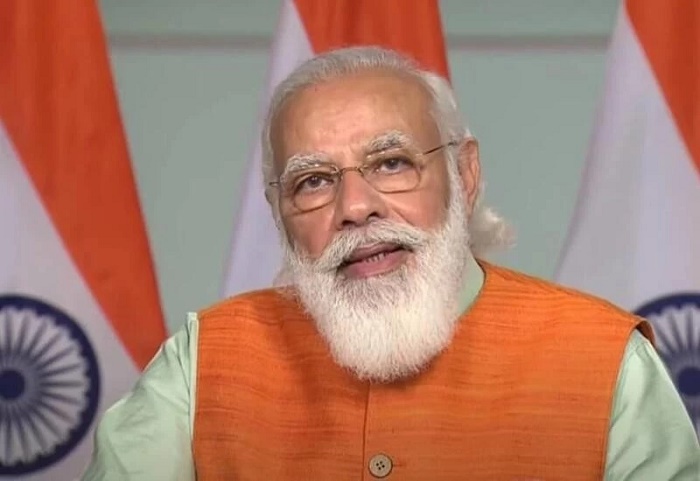 Indian Prime Minister Narendra Modi will be given a ‘red carpet’ welcome when he arrives in Dhaka Friday morning for a two-day visit, which the two sides described as a ‘milestone’ in India-Bangladesh relations.

Narendra Modi’s Bangladesh visit will begin with a bang as a 19-gun salute welcomes him.

Prime Minister Sheikh Hasina will receive her Indian counterpart at the tarmac of VVIP terminal of Hazrat Shahjalal International Airport at 11:00am.

It will be the Indian Prime Minister's first visit to a foreign country since the outbreak of the coronavirus pandemic. Prime Minister Modi had last visited Bangladesh in 2015.

There is every effort from both sides to make this a ‘special’ and a ‘memorable’ visit, a highly placed official source said.

During the two-day visit, Modi will take part in three epochal events -- Mujib Barsho, birth centenary of Father of the Nation Bangabandhu Sheikh Mujibur Rahman, the Golden Jubilee of Independence of Bangladesh and 50 years of establishment of diplomatic ties between India and Bangladesh.

Diplomatic circle in Dhaka and New Delhi said this visit will be of very special significance and will serve to highlight the celebration of the unique and special ties which reinforce the comprehensive strategic partnership between Bangladesh and India.

In a rare gesture, the Indian Prime Minister will visit the Bangabandhu Mausoleum Complex at Tungipara in Gopalganj. Modi will be the first foreign dignitary to ever visit Tungipara, the birthplace of Bangabandhu.

Narendra Modi termed Bangabandhu ‘hero of all Indians too’.

A new raag composed by globally acclaimed Indian classical vocalist Pandit Ajoy Chakrabarty has been dedicated to Bangabandhu as a tribute from the people of India. This is for the first time that Pandit Ajoy composed the raag named ‘Maitree’ -- India, Bangladesh friendship.

A senior Foreign Ministry official, talking to the Daily Sun on the short but important visit, said the two leaders will have one-on-one talks on Saturday followed by a bilateral meeting between delegations.

As a reflection of growing cooperation, a range of bilateral pacts will be signed and new announcements for bolstering cooperation in several areas will be made following the delegations level meeting.

Bangladesh-India relations are multifaceted in nature and rooted in a shared history, geographical proximity and commonality in their cultures. Economically and commercially, the two countries are becoming increasingly closer.

The two Prime Ministers held a virtual summit on December 17, 2020 during which Modi said Bangladesh is a key pillar of New Delhi's ''Neighbourhood First'' policy, while Hasina described India as a "true friend" and asserted that both countries could play a significant role in the global and regional value chains by further integrating their economies as well as boosting connectivity.

During the December 17 summit, the two countries inked seven agreements to further broadbase cooperation in a plethora of sectors, and restored a cross-border rail link snapped by the 1965 war with Pakistan.

During a curtain raiser press briefing in New Delhi on Wednesday, Indian Foreign Secretary Harsh Vardhan Shringla said, "Bangladesh is at the intersection of our Neighbourhood First and Act East policies. Today it is our largest development partner, our largest trade partner in the region and is the location of our largest visa operation in the world."

The importance of the visit could be gauged from the fact that as Bangladesh commemorates 50 years of independence, ‘they have invited our Prime Minister to share the dais’, Shringla said.

Ties between the two countries had no parallel, Shringla said, pointing to the fact that Indian soldiers had fought and had been killed alongside Bangladeshis for their independence. Relations had evolved since then and were seen as “a model" for others to emulate, Shringla said, referring to the depth and breadth of interaction between the two countries.

The Indian Prime Minister during his visit will also interact with diverse groups of Bangladesh's polity and society which will include the representatives of the country's ruling 14-party alliance, the opposition party, freedom fighters, community leaders and youth icons.

As per Friday’s programme schedule, Modi upon his arrival at the airport will be given a guard oh honour by a smart contingent of Bangladesh Army, Navy and Air Force.

After the airport ceremony, the Indian Prime Minister will leave for the National Martyrs' Memorial in Savar by helicopter to pay homage to those who laid down their lives for the liberation of Bangladesh 50 years ago.

India is also celebrating this year as Swarnim Vijay Varsh or Golden Jubilee Year of the victory in the 1971 War against Pakistan and the creation of Bangladesh.

From Savar, he will arrive at Bangabandhu Memorial Museum and lay wreath at the portrait of Bangabandhu.

Foreign Minister AK Abdul Momen will call on the Indian Prime Minister at the Presidential Suite of Pan Pacific Sonargaon Hotel at 3:30pm on Friday.

Modi will then attend the celebration events at the National Parade Ground where he will address as Guest of Honour in the afternoon. Prime Minister Sheikh Hasina will preside over the event while President Md Abdul Hamid will attend as chief guest. A family member of Father of the Nation will also speak on the occasion.

After the Parade Ground programme, both Prime Ministers will inaugurate the Bangabandhu-Bapu exhibition at Bangabandhu International Conference Centre (BICC) that will showcase the life and legacies of the two great leaders.

On the second and concluding day (Saturday) of his visit, Modi will leave Dhaka for Shyamnagar in Satkhira by helicopter in the early morning and visit Jeshoreshwari Temple, dedicated to the goddess Kali.

He will then arrive at Tungipara in Gopalganj to pay homage to Bangabandhu at Bangabandhu Mausoleum Complex. He is scheduled to plant a sapling there and sign the visitors’ book.

Modi will pay tribute to Harichand Thakur (1812-1878), the founder of the Matua community. Orakandi is the holiest place for more than five crore people of Matua community living in Bangladesh and Indian state of West Bengal.

Upon return from Gopalganj, the Indian Prime Minister will arrive at the Prime Minister’s Office and hold a tete-a-tete which will be followed by delegations level meeting. The two Prime Ministers will virtually inaugurate different projects and witness signing of agreements.

Official sources said both sides will sign a range of agreements and these deals will cover a number of areas of cooperation such as disaster management, trade, and oceanography.

A number of announcements, bolstering cooperation in areas such as health, railway connectivity, border development and startups, are also expected to be made.

The trade pact expected during the visit is different from a comprehensive economic partnership agreement (CEPA) the two countries were negotiating, a senior official said, adding that the talks for CEPA would continue.

Despite the pandemic, the two countries had kept up the momentum of high-level contacts with virtual summits between the two Prime Ministers in December 2020.

From the PMO, Modi will call on President of Bangladesh Md Abdul Hamid at Bangabhaban.

Ending his two-day visit, Modi will depart Dhaka for New Delhi in the evening of Saturday.