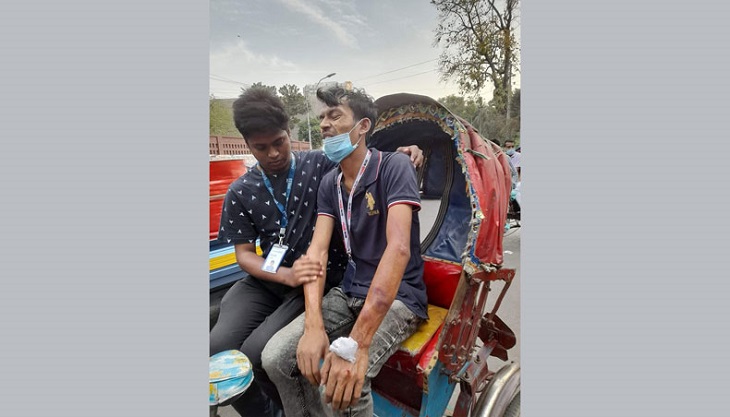 A group of leaders and activists of Bangladesh Chhatra League (BCL) beat up two journalists mercilessly on Dhaka University campus while performing their duties on Thursday.

The attack carried out around 5:30pm in front of Teacher-Student Centre (TSC) of the campus.

According to eyewitnesses, a "Jeyafat" programme under the banner of "Bangladesher Janogon" was organized at TSC protesting Indian Prime Minister Narendra Modi's visit to Bangladesh.

At one point, leaders and activists of BCL carried out attack on the organizers.

While filming the incident, some BCL leaders and activists under the leadership of BCL Jagannath Hall General Secretary Utpal Biswas attacked on Asif and Rasel and beat him up mercilessly with bamboo sticks.

In this regard, repeated attempts were made to reach BCL President Al-Nahean Khan Joy and General Secretary Lekhak Bhattacharjee for their comments but they did not receive the calls.