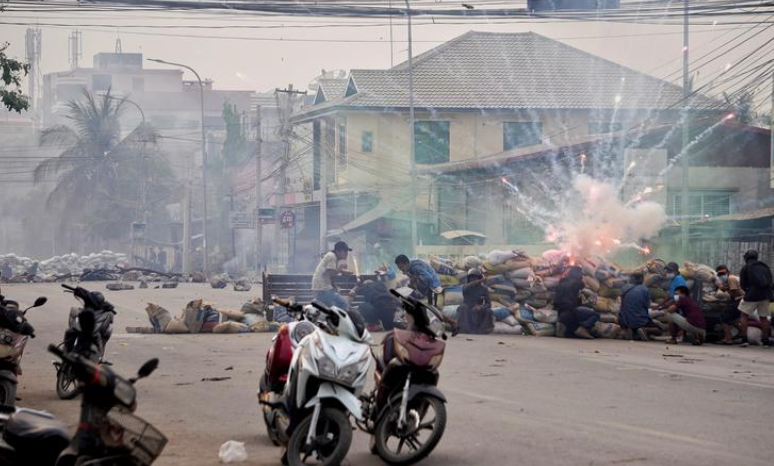 The United States on Thursday sanctioned two conglomerates controlled by Myanmar’s military following the generals’ Feb. 1 coup and deadly crackdown, according to a statement on the US Treasury Department’s website.

The move by Washington freezes any assets held by the entities in the United States and is the latest in a series of sanctions following the military takeover that have targeted Myanmar’s central bank as well as top generals.

Thursday’s action is the first against the business interests of Myanmar’s military, which controls vast swaths of Myanmar’s economy with interests ranging from beer and cigarettes to telecommunications, tires, mining and real estate.

Representatives for the two entities had no immediate comment on Wednesday. Reuters had reported the sanctions had been expected.