Korea will be the most trusted friends to Bangladesh, together ushering in a shining future 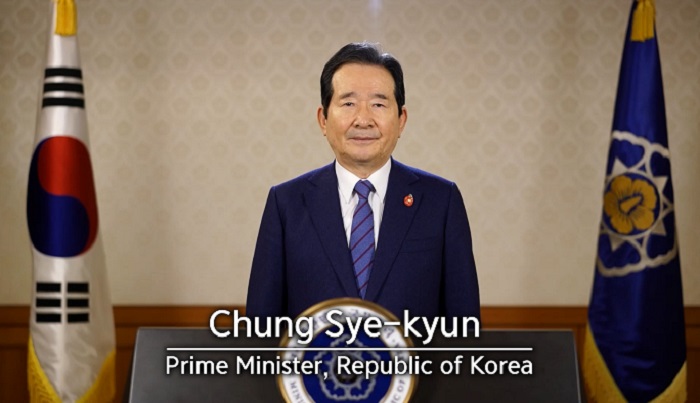 Lauding Bangladesh’s remarkable economic development, Korean Prime Minister Chung Sye-kyun on Thursday said the country will continue to be by the side of Bangladesh to embrace the future together.

“We will be the most trusted friend to Bangladesh, together ushering in a shining future,” he said in a video message congratulating the birth centenary of Bangabandhu and the golden jubilee of Independent of Bangladesh.

He said the international community has been deeply impressed to see that Bangladesh, even in the midst of the covid pandemic when the world economy has slowed down, succeeded in achieving the greatest level of economic growth.

There are great expectations that Bangladesh will take further tremendous strides forward, as it is anticipated to graduate from the LDC status in 2026, he said and added that the Republic of Korea will be a trusted friend to Bangladesh in moving forward to embrace the future together.

He said Korea and Bangladesh share common ground and the two countries have the proud legacy of triumphing over colonial rule.

Chung Sye-kyun said the noble sacrifice of the Father of the Nation, late President Sheikh Mujibur Rahman, who devoted his life to the struggle for the independence of Bengali nation and to secure the Bengali language as the national language, reminds us of the sweat and blood of our ancestors who were martyrs for the protection and building of our nation.

Extending congratulation to the people of Bangladesh on the 50th Anniversary of Independence, he said Korea and Bangladesh have continued to nurture the ties of friendship over the last nearly half a century since the establishment of the diplomatic relations in 1973.

Referring to his visit to Bangladesh in 2017 as Speaker of Korean National Assembly, the Korean Prime Minister said such a visit was an excellent opportunity to bolster the bonds of friendship between the two countries and deepen the ties of cooperation.

He said he is delighted to connect with the people of Bangladesh again through this video message in this very meaningful year of 2021.

The Korean leader said there are already more than 200 Korean companies operating in Bangladesh contributing to the economic development of the two countries. The areas of cooperation, which had been more focused on the textiles and garment industry, have expanded to encompass a diverse range of fields such as ICT, construction, energy and culture, thereby creating more windows of opportunity.

Recently the Korean Export Processing Zone, which is a symbol of bilateral economic cooperation, has embarked on a project to build a Hi-Tech Park with the Bangladesh government,” he said adding “I am confident that this Park will emerge as a hub for ICT-centric innovative growth in tune with the digital transformation in the post-Covid era.”

Prime Minister Chung Sye-kyun said he has every confidence that Bangladesh, with the benefit of the vision and leadership of Prime Minister Sheikh Hasina, as it takes this remarkable path of astounding development, will shape an even more shining future of greater prosperity.

“As it has been over the last half a century, Korea will continue to be by the side of Bangladesh in the next half a century, for the welcoming in of a future of even fuller promise,” he said.