Having No Birth Certificate 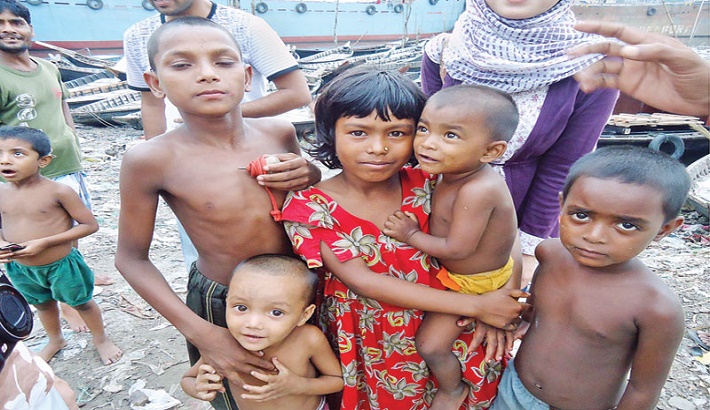 Many street children are failing to access their basic right to education for having no birth certificates, leading them to a dark life and putting the society in danger.

The submission of birth certificate is now mandatory during admissions, said Firoj Kabir Swapan, culture teacher of Kamalapur Street Children Centre, which is run under the Street Children Rehabilitation Project of the Women and Children Affairs Ministry.

As a result, they do not get birth certificates and cannot be admitted to any educational institution, Swapan added.

Admitting the fact, Sohel Ahmed, additional director general of the Directorate of Primary Education, told the Daily Sun that the birth certificate is mandatory for every child to be admitted to any school.

About the problems the street children are facing, he said: “The government is going to undertake a project to make profiles of all the children in the country. Once the profiles are ready, it won’t be a problem for any child to get admitted to school even if he or she doesn’t have birth certificate.”

A total of 65 children are living in the Kamalapur Street Children Centre. Of them, 34 are able to go to schools and colleges as they have birth certificates.

But the rest could not be admitted to any school for lack of birth certificates as they do not know the names and addresses of their parents.

“These children are now being given informal education in the centre. What will be their future if they can’t be admitted to school?” said Hazera Begum Sima, another teacher of the centre.

She said most of the children in the centre are very meritorious. “Last year, four children of the centre passed the SSC (Secondary School Certificate) examination from Kamalapur Sher-e-Bangla Railway School and College. Of them, one named Salma obtained Golden GPA,” she said.

Swapan said they selected 12 children to make a cricket team and Rainbow Cricket Academy agreed to train them. However, the academy authorities later could not enrol them as they have no birth certificates, he said.

There is another street children centre at Kawran Bazar in the capital.

Rafia Akhter, a consultant of the centre, told the Daily Sun that the centre has a total of 50 children.

Admitting that fact, Masudul Kabir, project director of Street Children Rehabilitation Project, said they cannot get the children admitted to schools for lack of birth certificates. “We’ve already talked to the Law Ministry for a solution so that birth certificates of the street children who don’t know the names of their parents can be made. We’re hopeful about a solution,” he said.