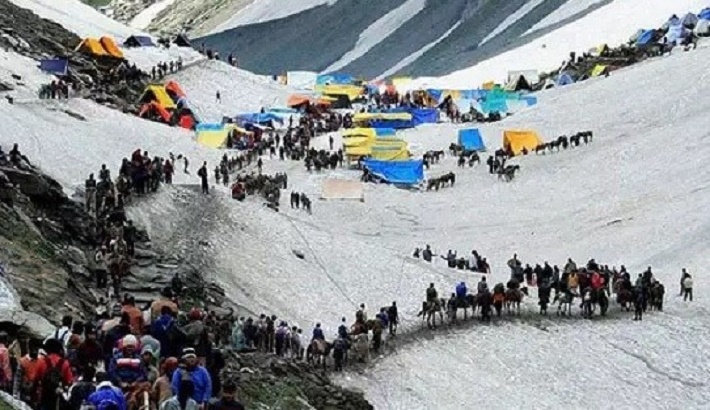 "All arrangements have been put in place for the smooth conduct of yatra this year," an official spokesman said after a high level meeting chaired by Divisional commissioner of Kashmir Masaud Samoon in Srinagar.

The spokesman said all routes-- from Pahalgam and Baltal-- leading to the 3,880 metre high holy cave shrine of Amarnath in South Kashmir Himalayas, have been sanitised. Restoration work on both tracks has also begun.

Work for putting in place logistics like tents, medical aid camps, langars, power and water supply, telecommunication network, fire tenders and the like is in progress at the base camps of Nunwan-Pahalgam in Anantnag district and Baltal in Ganderbal district, the spokesman said.

The State Road Transport Corporation will arrange buses at Jammu and Srinagar to ferry the pilgrims to Pahalgam and Baltal and will also provide free transport to and fro from the cave for Sadhus, the spokesman said.

The Meteorological department will provide hourly weather reports to ensure a smooth yatra.