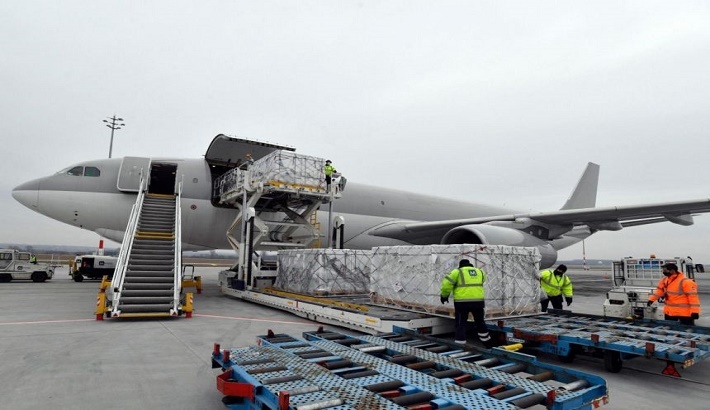 EU leaders are holding virtual talks to discuss ways of boosting Covid vaccine supplies and improving the rollout of doses across the 27-nation bloc.

The European Commission will on Thursday ask leaders to support plans for added controls on vaccine exports, which could affect supply to the UK.

The virtual summit comes as a third wave of coronavirus infections sweeps across much of mainland Europe.

US President Joe Biden will also dial in to the talks later on Thursday to discuss EU-US relations.

The European Union's vaccine rollout campaign has been slower than that of the UK. The European Commission has blamed pharmaceutical companies - primarily AstraZeneca - for not delivering the promised doses to the EU.

However, leaders are divided over proposals for new restrictions on vaccine exports out of the bloc, which would aim to boost supplies within the EU.

A site in Belgium produces the Oxford-AstraZeneca vaccine, and another in the Netherlands is expected to increase supplies of the jab in the EU.

Brussels has said that of the more than 40 million doses exported from the EU over the past two months, a quarter were sent to the UK.