PM to South Asian leaders: Work together for common prosperity 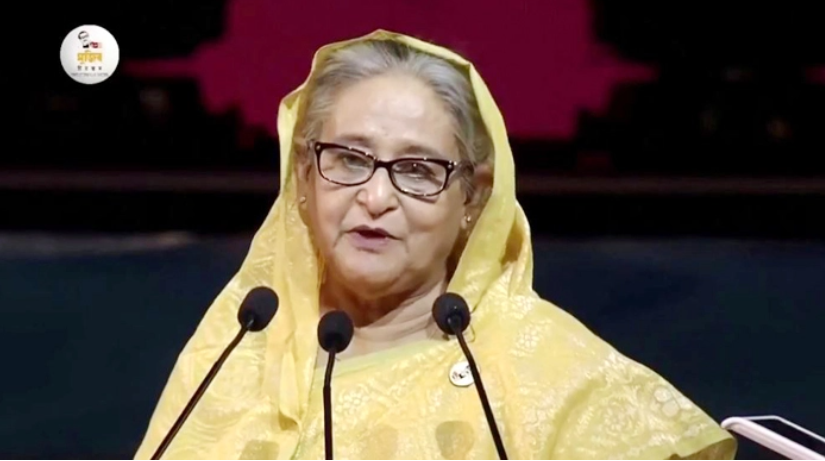 Prime Minister Sheikh Hasina on Wednesday urged the South Asian leaders to work together to build a prosperous South Asia.

“At this auspicious moment of celebrating the birth centenary of the Father of the Nation and the Golden Jubilee of our Independence, I call upon the political leaders and policymakers of South Asia to work hand in hand to build a peaceful and prosperous South Asia,” she said.

The Prime Minister said this while addressing a programme arranged at the city’s National Parade Square, marking the birth centenary of Father of the Nation Bangabandhu Sheikh Mujibur Rahman and the Golden Jubilee of Bangladesh’s Independence.

Bhutanese Prime Minister Dr. Lotay Tshering was present at the event as the guest of honour.

Sheikh Hasina said South Asia is a home to about a quarter of the world population. As much as there are challenges, there are a lot of possibilities as well in this region. The people of this region possess unbelievable spirit, innovation, and the ability to survive against natural disasters.

“We can easily improve the fate of the people of South Asia by utilising the resources we’ve been endowed through exhibiting mutual cooperation. If we work together for the betterment of our people, South Asia will surely be flourished as one of the most prosperous regions in the world,” she said.

The Prime Minister said Bangladesh has already received the final recommendation to shift from a Least Developed Country to developing country status.

She said Bangladesh will be a higher-middle income country by 2031 and a developed and prosperous one by 2041.