Actions to be taken, if Rohingyas involved in fire incident: Kamal 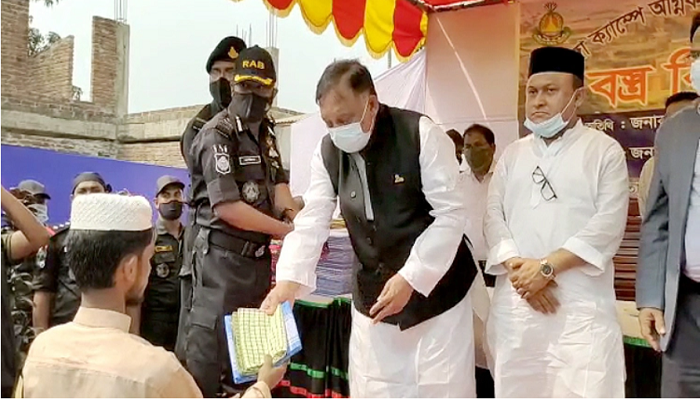 Home Minister Asaduzzaman Khan Kamal warned that if involvement of Rohingyas is found in the fire
incident in Rohingya camps, they would be brought to book.

He made the remarks during his visit to the fire ravaged Rohingya camp at Balukhali in Ukhiya, Cox’s Baxar.

“Prime Minister Sheikh Hasina has given you shelter. She(Prime Minister) is with you and the government is doing everything for your safe repatriation,” Kamal said.

“Many of you have lost your relatives in the unexpected fire. We are here to express our condolences,” he added.

The minister said many local families were also affected by the fire.

They will also be given the support and assistance so that they can overcome the loss quickly, he added.

Later, the minister distributed various relief items arranged by Rapid Action Battalion (RAB) among the victims of the gutted camp.