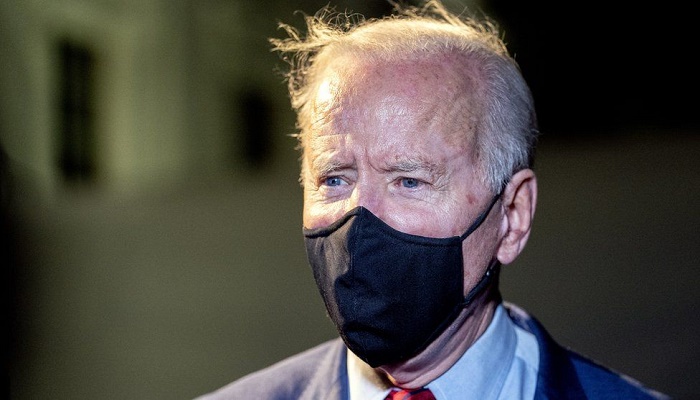 US President Joe Biden has said he does not consider North Korea's launch of short-range missiles - the first since he took office - a provocation.

North Korea is said to have fired non-ballistic cruise missiles, which do not flout UN Security Council resolutions, over the weekend.

The incident happened after Pyongyang criticised the US and South Korea for conducting joint military exercises.

It also comes as Biden's administration continues to attempt to make contact with North Korea.

The launch, originally reported by US media, has since been confirmed by US officials and the South Korean defence ministry.

South Korea said two cruise missiles were fired into the Yellow Sea early on Sunday from Onchon in North Korea.

Responding to reporters' questions on Tuesday night, Mr Biden said: "We have learned that nothing has changed."

When asked if he considered the test a provocation, he said: "No, according to the Defence Department, it's business as usual. There's no new wrinkle in what they did."

UN Security Council resolutions, which have resulted in strict sanctions on North Korea, have only banned Pyongyang from firing threatening weapons such as ballistic missiles.