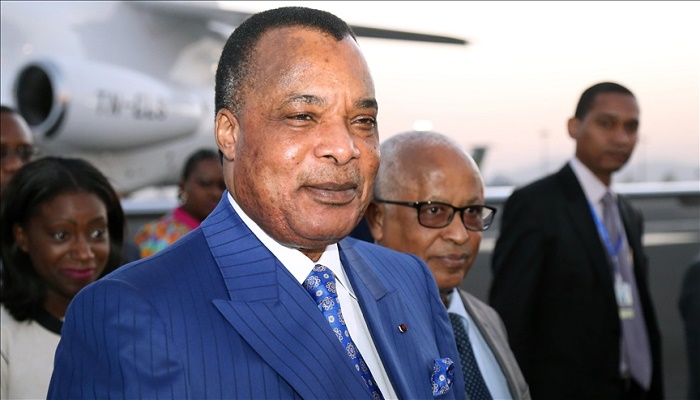 The Republic of Congo's veteran president, Denis Sassou Nguesso, has been re-elected with 88.57 percent of the vote, according to provisional results released Tuesday.

Sassou Nguesso, 77, has been in power for an accumulated 36 years, first taking the helm of the central African state in 1979.

His landslide first-round victory, announced by the interior minister citing figures from the electoral commission, had been widely expected.

Sunday's ballot had been boycotted by the main opposition and overshadowed by the death from Covid of Sassou Nguesso's only major rival, Guy-Brice Parfait Kolelas, 61, who garnered 7.84 percent of the vote.

Turnout was measured at 67.55 percent.

One of the world's longest-serving rulers, Sassou Nguesso has long been accused by critics of authoritarian rule and turning a blind eye to corruption, poverty and inequality despite the country's oil wealth.

"By this vote, the people in their majority responded and said that we had the capacity to bounce back, to recover our economy and to move towards development," he said in brief comments to reporters.

Kolelas, the son of a former prime minister who was a leading government critic, died aboard a medical plane that flew him to Paris on polling day, his campaign director Christian Cyr Rodrigue Mayanda said.

Kolelas initially thought he had malaria, but belatedly discovered that it was COVID-19, a friend of his said.

He posted a video from his sickbed, declaring he was "battling against death" and urging followers to "rise up as one person."

Mathias Dzon, a former finance minister who picked up 1.9 percent of the vote, announced on Monday that he would file suit to the Constitutional Court to overturn the vote, which he described as "disastrous."

On polling day, access to the internet and social media, as well as text messages, was cut while in the centre of the capital Brazzaville, shops were closed and only security vehicles were seen.

In some areas voters complained that their names were not on the electoral list.

The victory, placing Sassou Nguesso on course for another five-year term, marks his fourth election win since 2002.

The former paratrooper first rose to power in 1979.

He served three presidential terms until he was forced to introduce multi-party elections in 1991 and was defeated at the ballot box the following year.

But he returned to power in 1997 following a prolonged civil war.

In 2015, a constitutional amendment ended a ban on presidential candidates aged over 70 and scrapped a two-term limit, enabling him to run again.

"Why has there been this Stalinist result?" a senior government official told AFP, commenting anonymously on Sunday's outcome.

In the 2016 ballot, Sassou Nguesso was re-elected in the first round with 60 percent of the vote, against 15 percent for Kolelas, after a much harder-fought campaign.

Sassou Nguesso put himself forward this time as the defender of Congo's youth -- the average age of the country's five million people is 19 -- and outlined plans to develop agriculture, to ease dependence on food imports.

Flanked by its giant neighbour the Democratic Republic of Congo as well as Gabon, the former French colony -- also known as Congo-Brazzaville -- has abundant oil reserves and most of its budget comes from petroleum revenue.

But its economy is in a slump, hurt by a collapse in world crude prices and by a mountain of debt.