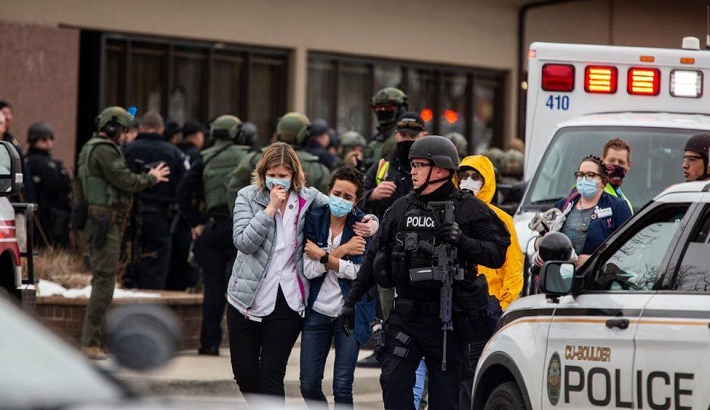 Colorado officials have identified the gunman and 10 victims aged between 20- and 65-years-old who were killed in a mass shooting inside a grocery store.

The attack at a King Soopers market in Boulder ended when police arrested the lone suspect after exchanging gunfire.

Police have not confirmed a motive. The suspect faces 10 counts of murder.

US President Joe Biden has hailed a police officer and father of seven who was killed, and has called for Congress to enact stricter gun control measures.

The grocery store is located in a busy shopping plaza in Boulder, a north-central Colorado city about 30 miles (50km) away from the state capital of Denver.

It comes less than a week after a mass shooting that left eight dead, including six Asian women, at three spas in Atlanta.

President Biden on Tuesday renewed his call for a ban on assault weapons and high-capacity magazines as well as an end to loopholes in background checks.

Who are the victims?