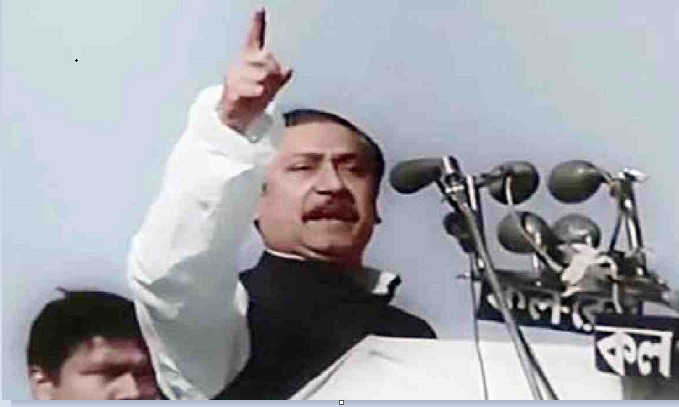 'It (March 7 speech) defended universal values, freedom, human rights, dignity, progress in education, culture and sciences,” she said in a video message played on the 7th day of a 10-day special programme marking birth centenary of Bangabandhu and the golden jubilee of the country’s independence.

The United Nations Educational, Scientific and Cultural Organization (UNESCO) DG said 50 years ago on March 7, Bangabandhu gave his historic and momentous speech that marked the history of Bangladesh and the world, momentous because this day led to the country’s independence.

“These are precisely the reasons why UNESCO inscribed this historic speech in its memory of the world register. It’s also why our organization is delighted to join in the celebrations of the 100th anniversary of birth of Bangabandhu Sheikh Mujibur Rahman,” she said.

Audrey Azoulay said Bangladesh chose to join UNESCO in the year following its independence and today it is also this history of friendship between UNESCO and Bangladesh.

“We are celebrating a history of rich and very cooperation, cooperation in education for first of all, in particular, that of girls and women,” she said.

She said: “Cooperation also for heritage which has led us to inscribe the Buddhist Bihar at Paharpur, the historic mosque city of Bagerhat, and the mangrove forest of Sundarbans on unesco’s world heritage list and several Bengali traditions as well, such as the art of Jamdani waving on the list of intangible cultural heritage.”

The UNESCO director general said this cooperation for cultural diversity in particular multiculturalism is also a strong sign of the UNESCO-Bangladesh cooperation.

“We will further strengthen this commitment to culture by creating the UNESCO-Bangladesh Bangabandhu Sheikh Mujibur Rahman international prize for creative economy,” she said.

As the world faces a global crisis, this friendship between Bangladesh and UNESCO, this friendship based on international cooperation and the founding role of education, culture and science is more important than ever, she said.

“At this turning point, let us be optimistic and let us remember Bangabandhu Sheikh Mujibur Rahman that this fight for humanity is also a fight for rights or emancipation of freedom,” she said.