Modi's visit to Bangladesh can act as a new chapter in regional politics: Mirza 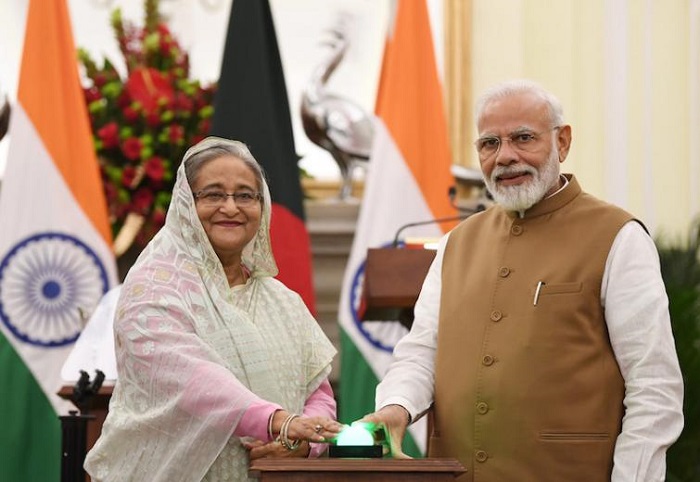 Activist Amjad Ayub Mirza has said Indian PM Narendra Modi's upcoming visit to Bangladesh can act as a new chapter in regional politics and build an invincible economic partnership between the neighbouring nations.

"Prime minister Nerendra Modi will be visiting neighbouring Bangladesh on March 26. This is the first time in 15 months that Nerendra Modi is paying a visit to a foreign country. All this time Modi jee has been spearheading the war against Corona for which the world rightfully has applauded his efforts," Mirza wrote in his opinion piece published in banglanews24.

Mirza said India under Modi has faithfully been extending help to all its neighbours.

"India did not hesitate one bit when Pakistan placed a request to buy Indian manufactured Covid vaccine. What more evidence does one need for proving that India does not hold animosity toward any of her neighbours even if they are harbouring terrorist groups that have caused havoc in Kashmir," he said.
Prime minister Modi’s visit to the secular state of Bangladesh on March 26 will strengthen mutual ties between both countries, Mirza said.

"During his visit Modi jee will be paying respects at Gopalganj where the struggle for the liberation of Bangla nation from the oppression of Pakistan first began. He will also visit Orakandi which is a sacred shrine of the Matua community," he said.

Praising Bangladesh PM Sheikh Hasina, he said: "Despite ISI sponsored anti-Indian elements and a handful of pro-Pakistan groups active in Bangladesh, Prime Minister Sheikh Hasina's government has been actively cooperating with India’s counterterrorism strategy. Together, India and Bangladesh have a shared past that consists of our unified struggle against a common enemy; the British Raj."