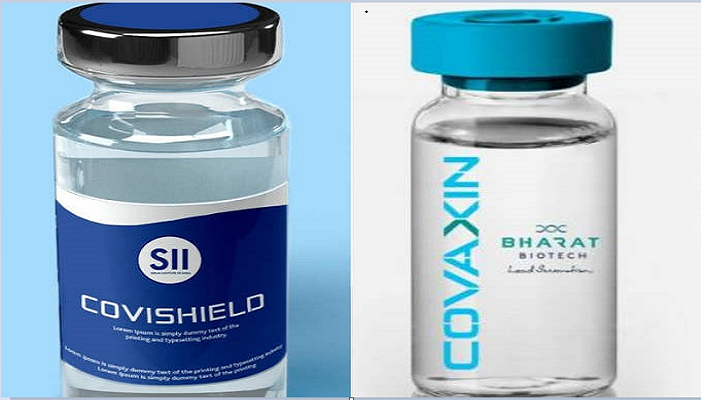 A high-level government panel of India has concluded there is no increased risk of blood clotting so far linked to Covishield and Covaxin, the vaccines that India's drug regulator DCGI (Drugs Controller General of India) cleared earlier this year. The assurance comes after several European nations, a few days ago, temporarily paused the rollout of AstraZeneca vaccine over blood clot fears.

Last week, leading EU countries said they would resume the use of vaccine as the European medical regulator said the jab is "safe and effective".

Pune-based Serum Institute of India's Covishield has been developed in partnership with the Oxford University and British-Swedish pharmaceutical giant AstraZeneca.

India began public rollout of coronavirus vaccines on March 1 for people above 60 years of age and those above 45 with serious illnesses.

The National Adverse Events Following Immunization (AEFI) Committee said it has analysed over 400 major adverse reactions or side effects during the ongoing vaccination drive and submitted its findings that there is no unusual bleeding or clotting manifestations either with Covishield or Covaxin.

However, the government will continue to monitor the situation, it stressed.

A few days ago, the WHO Global Advisory Committee on Vaccine Safety said the AstraZeneca jab "continues to have a positive benefit-risk profile, with tremendous potential to prevent infections and reduce deaths across the world."

So far, five crore doses of vaccines have been administered in India. The first phase began on January 16 when health workers and frontline workers were given priority.