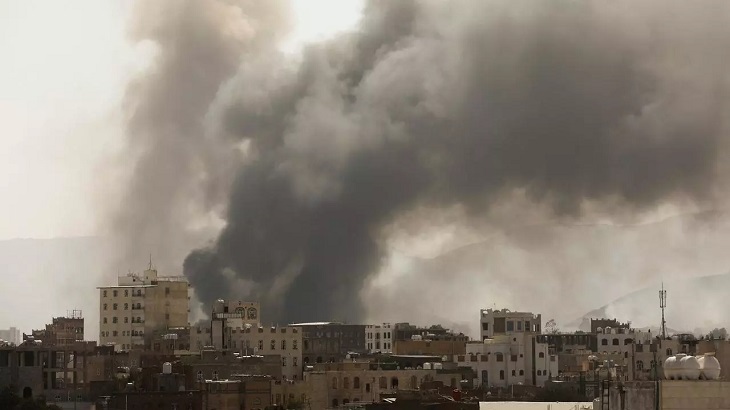 Saudi Arabia's plan for a "comprehensive" ceasefire in Yemen is unlikely to pause hostilities, observers say, as the conflict between the Riyadh-backed government and the Huthi rebels enters its seventh year.

The plan is part of a Saudi peace initiative that also includes a proposal to reopen the international airport in Sanaa, the rebel-held capital, and restart political negotiations between the warring sides.

The ceasefire offer, the second since last year, marks what analysts call a public exercise by the kingdom to portray the Iran-backed insurgents as aggressors while it seeks a way out of the military quagmire in Yemen.

Here are some key questions on the Saudi proposal:

Is it a game changer?

Not unless the Huthis accept the deal and halt their expanding offensive.

The rebels have already brushed off the proposal as "nothing new", with a Huthi spokesman reiterating their demand that a Saudi-led air and sea blockade on Yemen be completely lifted first.

The Saudis have only offered to partially ease their naval and air blockade, which they say is necessary to prevent the smuggling of weapons to the rebels from their arch-enemy Iran.

Their proposal includes a plan to reopen Sanaa airport to some international flights and a revenue-sharing deal for oil shipments to Hodeida, a contested Red Sea port that is a key conduit for humanitarian aid.

"The Saudi proposal appears to double down on the idea that it is the Huthis who have to make concessions here," said International Crisis Group analyst Peter Salisbury. "That won't sit well with negotiators in Sanaa.

"The Huthi response has been clear: they say this is an old offer, and that they've been clear in their position -- completely lift barriers to movement on Hodeida and Sanaa airport."

Saudi Arabia, which led a military coalition into Yemen in 2015 to support the internationally recognised government, is under growing military pressure.

The Huthis have been launching near daily drone and missile attacks on the kingdom, including on its multi-billion dollar energy installations.

The Saudi-led coalition is supporting Yemeni pro-government forces in trying to push back an escalating Huthi offensive on oil-rich Marib, the last northern government stronghold in Yemen.

"Saudi is losing the war; it wants out," said Thomas Juneau, an assistant professor at the University of Ottawa. "Huthis are now dominant on the ground, so expect no flexibility on their part."

"Like its 2020 ceasefire, (Saudi) is framing itself as the peace-seeker (without) giving in to Huthi demands," said Casey Coombs, a researcher at the Sanaa Center for Strategic Studies.

"Knowing full well the Huthis will continue fighting for Marib and firing rockets into (the kingdom), Saudi is betting this move will portray Huthis as the aggressors."

Will it affect the humanitarian situation?

The Saudi offer is unlikely to "move the needle much in Yemen" in terms of the fighting, said Gregory Johnsen, who has written widely on US policy in the country.

If there is no letup in the fighting, aid groups warn the humanitarian crisis gripping Yemen could worsen and hasten its slide into a famine.

In particular, the loss of Marib would spell catastrophe for civilians, including at least one million displaced people sheltering in the region.

Tens of thousands of people, mostly civilians, have already been killed and millions displaced in Yemen's long war.

"As the world's worst humanitarian crisis enters its seventh year, another 672,000 people could be displaced by the end of 2021 if current levels of violence continue," the Norwegian Refugee Council said on Tuesday.

"If the conflict continues, Yemenis already facing humanitarian crisis of extreme proportions can only expect their situation to deteriorate further."

"We're in a period where the parties are using all tools at their disposal to improve their bargaining position."

Saudi officials have acknowledged they are engaged in back-channel communications with the rebels.

The US administration of President Joe Biden is also mounting a renewed push to end the conflict. Sources have told AFP that US envoy Tim Lenderking made contact with the Huthis in Oman last month.

"The good news: this means they (the warring parties) are negotiating," said Salisbury.

"The bad news: a lot could go wrong. An errant air or missile strike could blow the whole process up."