'Noybeddya', a story on the Liberation War, is releasing on Bongo 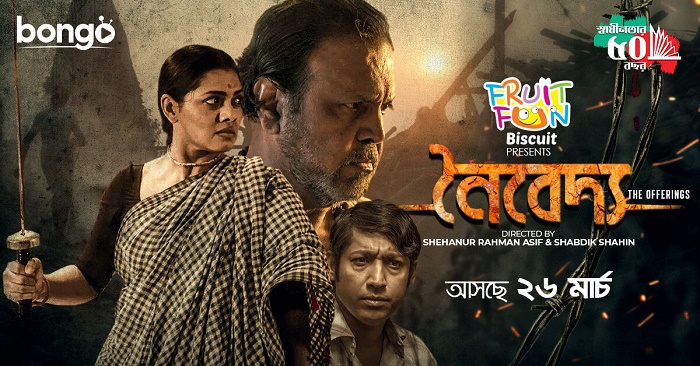 Bangladesh is about to celebrate the Golden Jubilee of our great Independence Day. A festive atmosphere is already prevailing in Bangladesh, but since it is Bangladesh’s Golden Jubilee, a little more dimension has been added to the festival. Bongo, Bangladesh’s first and largest Bangla content video streaming platform, will launch the worldwide digital premiere of the web film 'Noybeddya', a story on the Liberation War for Bangla speaking audiences around the world.

The story of 'Noybeddya' centers around the rescue of a woman who was trapped by Pakistani soldiers during the War of Liberation and the life struggle of her child in the post-war society. Mannan Hera has made the screenplay of 'Noybeddya' from the story written by Shyamal Chandra. The web film is jointly directed by Shabdik Shahin and Shehanur Rahman Asif.

Regarding the world digital premiere of 'Noybeddya', Mr. Mushfiqur Rahman, Chief Content Officer of Bongo said, 'We are excited to bring a web film about the Liberation War such as ‘Noybeddya' to the Bangla content-loving audience. Hopefully, this web film will exceed the expectations of the audience.’

On March 26th, the great Independence Day, viewers will be able to enjoy Fruit Fun Biscuit presents 'Noybeddya' from the Android/iOS apps and website (www.bongobd.com) on video streaming platform Bongo.