Sharjeel happy with Pakistan welcome after return from ban 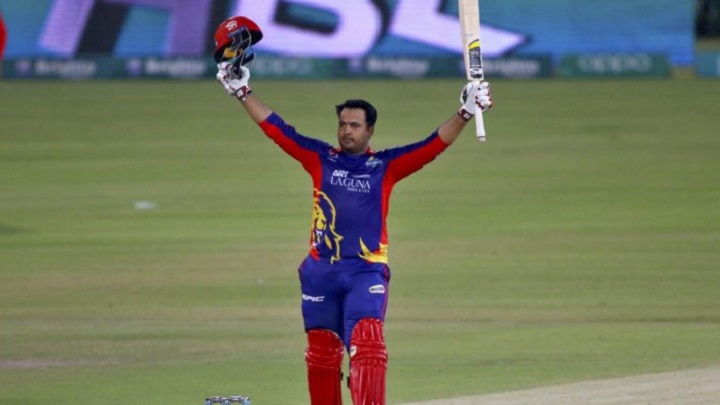 Pakistan opener Sharjeel Khan said Tuesday he was delighted with the welcome he had been given since being recalled to the national squad after completing a lengthy ban for spot-fixing.

The 31-year-old was banned in 2017 for five years -- with half the sentence suspended -- for his part in rigging Pakistan Super League (PSL) matches in the United Arab Emirates.

Although illegal in Pakistan, gambling on cricket is widespread with punters betting on specific outcomes during the game -- such as the number of no-balls or wides bowled in a particular over.

This gives individual players the opportunity to "spot-fix" -- influencing the lucrative betting market without, supposedly, affecting the overall outcome of the match.

Sharjeel was named earlier this month in the squad to play a series of Twenty20 internationals in South Africa and Zimbabwe next month.

"It was a good welcome and the atmosphere was very good," Sharjeel said after being asked if fellow squad members had given him a hard time on his return.

"I have played with all these players in the past and in recent domestic matches, so there was no difficulty in adjusting."

Before his ban, the left-handed batsman had played one Test, 25 one-day internationals and 15 Twenty20 matches for Pakistan.

"Now I am back in the squad my focus is only on cricket," he said.

"All the talk of the past is now past."

Sharjeel, who struck a century in this year's PSL before the competition was suspended last month because of a coronavirus outbreak, also pushed back against questions about his fitness.

"I have played 55-60 days of domestic cricket and I will achieve the goals given to me by the Pakistan team trainer," said Sharjeel.

"I want to play my natural game on the tour."

Sharjeel -- selected only for the four Twenty20 matches in South Africa and three in Zimbabwe -- has until April 10 to further improve his fitness.

Pakistan's tour begins on April 2 with the first of three one-day internationals against South Africa.

"I am selected for Twenty20 internationals only, so I will do fitness work on the tour and get ready."

The squad flies to South Africa on Saturday.