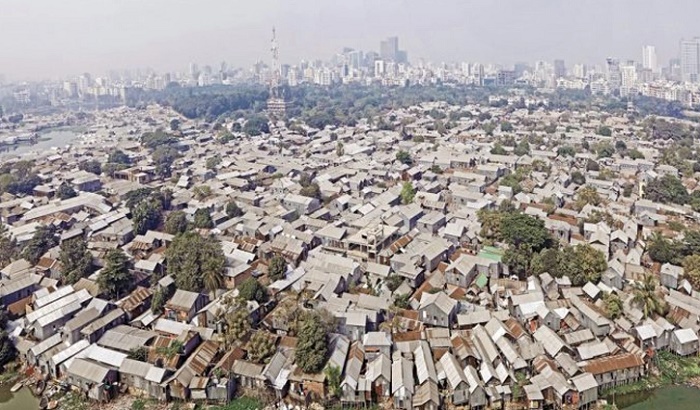 Police recovered the bodies of a woman and her minor son from Korail slum in Banani  area of the capital on Tuesday morning.

The deceased were identified as Hasi Begum, 35, wife of Rubel and their six-year-old son Nirab.

Rubel went into hiding after the incident.

Quoting locals, Nur-e-Ajam, officer-in-charge (OC) of Banani police station, said that Rubel locked into an altercation with his wife Hasi in the night. In the morning, neighbours spotted bodies of Hasi and her son in the hosue and informed the police station.

The OC also said that the bodies were sent to Dhaka Medical College and Hospital (DMCH) morgue for autopsies.

“Police suspected that Rubel might have strangled his wife and son to death sometime at night over family feud”, he further added.