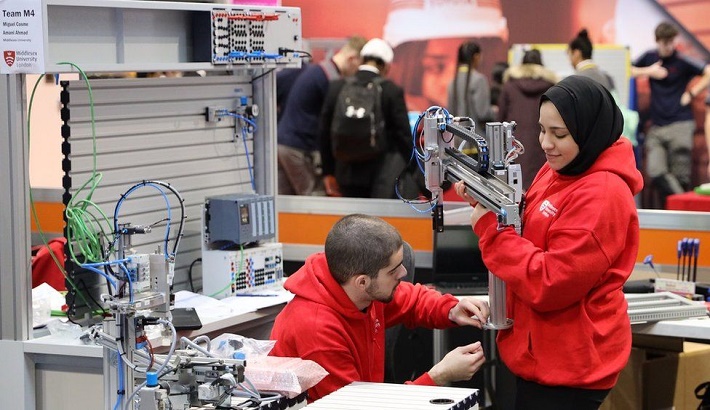 The UK is heading towards a "catastrophic" digital skills shortage "disaster", a think tank has warned.

The Learning & Work Institute says the number of young people taking IT subjects at GCSE has dropped 40% since 2015.

The Learning & Work Institute's research reveals that 70% of young people expect employers to invest in teaching them digital skills on the job, but only half of the employers surveyed in the study are able to provide that training.

Fewer than half of British employers believe young people are leaving full-time education with sufficient advanced digital skills, while 76% of firms think a lack of digital skills would hit their profitability.

Dr Neil Bentley-Gockmann is the chief executive of WorldSkills UK, which commissioned the report. The charity is focused on training young people in digital skills to help them enter the workforce and also advises college teachers on international industry best practice.

He says there are four main reasons why the digital skills shortage is steadily climbing across the country:

a lack of clearly-defined job roles in certain fields

a lack of understanding and guidance about potential career paths

a lack of relatable role models