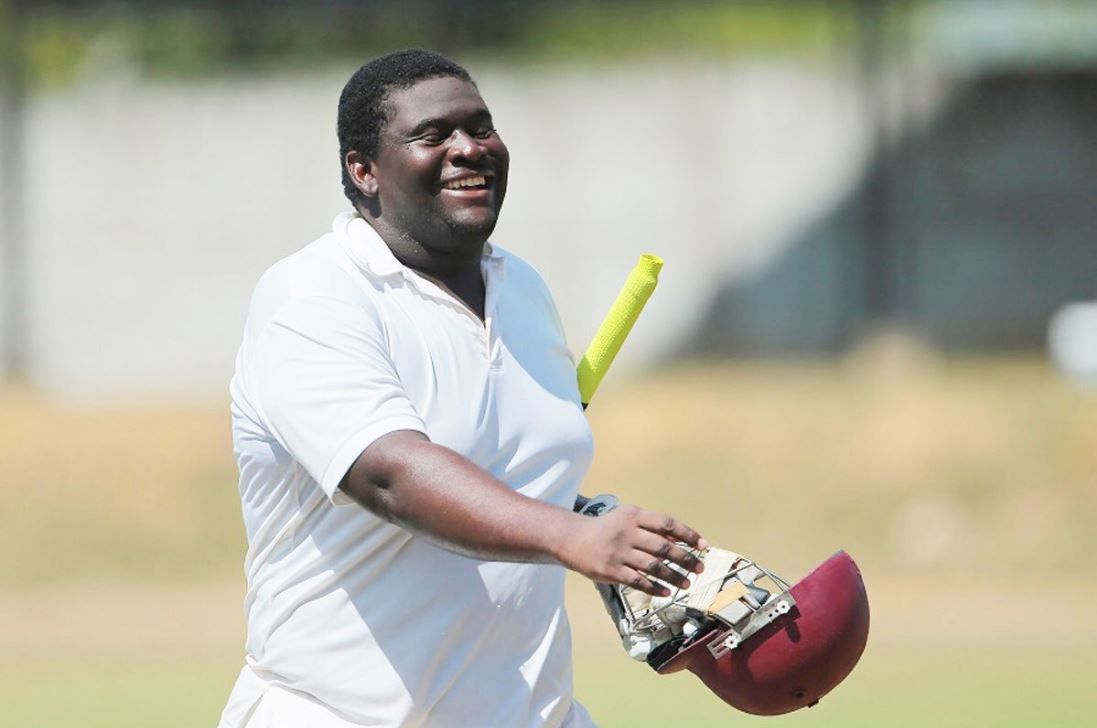 Rahkeem Cornwall blasted a maiden Test half-century and dominated an eighth-wicket partnership of 90 with Joshua da Silva to lift the West Indies to 268 for eight in their first innings, a lead of 99 runs, at the close of the second day of the first Test at the Sir Vivian Richards Stadium in Antigua on Monday.

Outstanding seam bowling by Suranga Lakmal, who claimed his fourth five-wicket innings haul in 64 Tests, had restricted the home side to 171 for seven just after tea in reply to the tourists' modest first-day effort of 169.

However the burly Cornwall, selected primarily for his off-spin bowling but also well-known for his powerful hitting in the domestic game, joined wicketkeeper-batsman da Silva in first resisting the best efforts of the Sri Lankan bowlers before opening into an array of expansive strokes upon the arrival of the second new ball.

His unbeaten 60 has come of 79 balls with two sixes and nine fours embellishing an entertaining innings.

Da Silva, who is already building a reputation in his young international career for featuring in useful lower-order partnerships, was within sight of his second Test half-century when he fell for 46 just minutes before the close of play, caught behind off fast bowler Dushmantha Chameera attempting to ride a lifting delivery over the slip cordon.

"I needed to get some runs because I haven't been showing the best I can do with the bat so far," said Cornwall in reflecting on his innings. "I think we are in a very good position at this stage of the match. We need to come tomorrow and try and make the most of the first hour, then we can set up the match by having something to run at them in the second innings."

Such a healthy advantage seemed out of the realms of possibility with Lakmal in full flow on the way to outstanding figures of five for 45 off 24 accurate overs.

When he dismissed Jason Holder and Alzarri Joseph in quick succession after tea to complete the five-wicket haul, the Sri Lankans may have even entertained the prospect of erasing a minimal first innings deficit before the end of the day.

But their enthusiasm gradually ebbed away as the runs flowed and they now face a challenging prospect on the third day to mount the sort of second innings rearguard that has been almost non-existent on a miserable run which has seen them lose their last four Test matches.

There were only smiles on the Sri Lankans' faces though at the start of the day when Lakmal prised out West Indies captain Kraigg Brathwaite without any addition to the overnight total.

He returned on a scorching afternoon to bowl Jermaine Blackwood cheaply through the gate off the inside-edge and then account for the dangerous Kyle Mayers for 45 via a second slip catch by Dhananjaya de Silva.

Mayers had punctuated long periods of virtual strokelessness with exciting power-hitting, striking six fours and two sixes in his innings before the experienced seamer got the better of him.

John Campbell played an unusually obdurate knock of 42, the left-handed opening batsman occupying 148 deliveries in getting to 42 before becoming Chameera's first wicket of the day, although he should have dismissed Nkrumah Bonner in the pre-lunch period when the batsman's edge to third slip was negated by a no-ball.

Campbell and Bonner put on 56 for the second wicket following Brathwaite's demise, but they needed other moments of good fortune to survive against a persistent and varied bowling attack.

"Man of the Series" in his debut campaign in Bangladesh a month earlier, Bonner eventually fell for 31 just before lunch, adjudged leg-before when he missed an attempted pull to a short ball from left-arm spinner Lasith Embuldeniya.