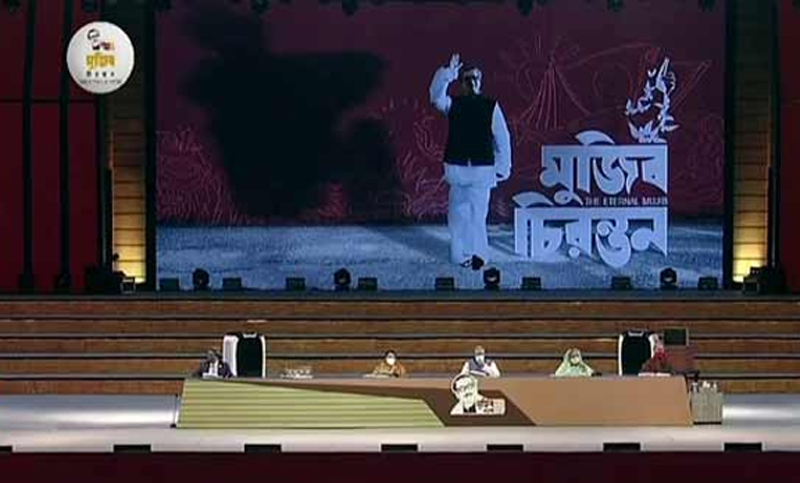 Nepal President Bidya Devi Bhandari who arrived in Bangladesh on Monday morning has attended the programme at National Parade Square in the capital Dhaka, marking the birth centenary of Bangabandhu Sheikh Mujibur Rahman and golden jubilee of Bangladesh’s independence.

She came to Bangladesh on a two-day official visit.

A VVIP aircraft of Nepal Airlines (A320), carrying the Nepalese president along with her entourage members, landed at Hazrat Shahjalal International Airport in Dhaka at 10:00am.

It is the first visit of a Nepalese president in Bangladesh. The Himalayan state’s president is visiting Bangladesh at the invitation of her Bangladeshi counterpart.

President Abdul Hamid is present on the occasion at the chief guest while Prime Minister Sheikh Hasina is on the chair. 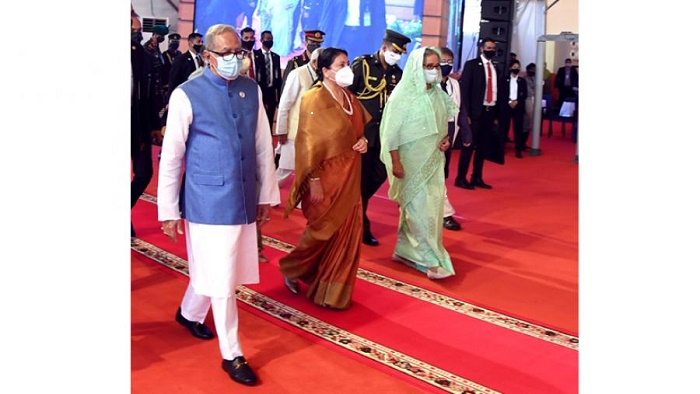