Why India is talking about ripped jeans and knees 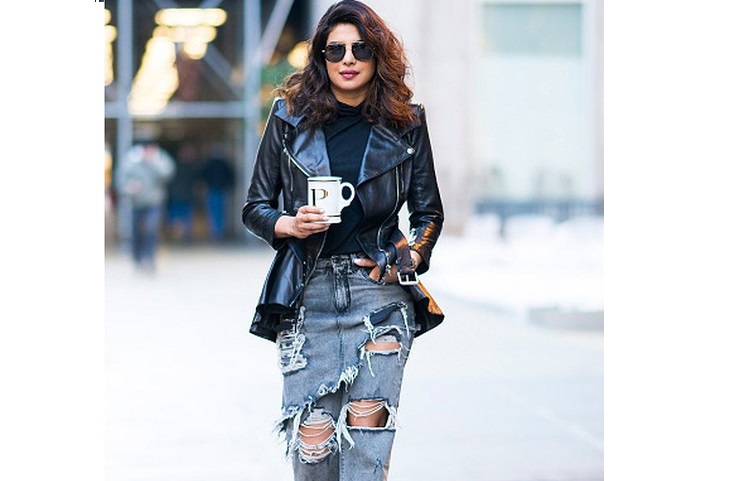 Denim - the favourite punching bag of Indian patriarchs who routinely blame the fabric for the moral degradation of youth - is back in the news.

The latest to be riled by jeans is Tirath Singh Rawat, the newly-appointed chief minister of the northern Indian state of Uttarakhand.

Earlier this week, he blamed "ripped jeans" for all that ails the young.

Speaking at a workshop organised by the State Commission for Protection of Child Rights, Mr Rawat criticised an unnamed woman he met on a flight.

The woman, he said, was travelling with two children and was "wearing boots, jeans ripped on the knees, and had several bracelets on her arm".

"You run an NGO, wear jeans ripped at the knees, move about in society, children are with you, what values you will teach?" he asked.

A member of Prime Minister Narendra Modi's Hindu nationalist Bharatiya Janata Party, Mr Rawat went on to describe ripped jeans as clothing that both caused and was symptomatic of moral turpitude and criticised parents for allowing their children, especially girls, to wear them.

The chief minister chastised Indians for "running towards nudity" and claimed that "while people in India were wearing ripped jeans, those abroad were covering their bodies properly and doing yoga".

The opposition Congress party issued a statement asking him to "apologise to all Indian women" - or resign.

On Friday, Mr Rawat did offer an apology - he said he was sorry if his comments had hurt anyone. He said his intention was not to show disrespect to anyone and everyone was free to wear what they chose.

The Uttarakhand chief minister is not the only Indian politician with clothing advice for women.

Five years ago, I wrote about outrage over then Culture Minister Mahesh Sharma saying that a list given to tourists at airports advised them not to wear skirts or dresses in India or venture out alone at night in small towns.

I cited examples of several prominent politicians who had connected rape and sexual assault to women's outfits.

In 2014, legendary singer KJ Yesudas was criticised for saying women should not wear jeans as it was "against Indian culture" and provoked "undesirable" behaviour.

Clothing restrictions, especially for women and girls, are routinely reported from rural India, steeped in patriarchy.

Last week, a village caste council in Uttar Pradesh state said women in jeans and skirts - and boys in shorts - would be socially boycotted.

A decade ago, a caste council in Battisa village in Uttar Pradesh had banned girls from wearing jeans or using mobile phones.

In 2014, a meeting of village elders from 46 villages announced a similar ban. Three years later, villages in Haryana and Rajasthan also prohibited women from carrying mobile phones or wearing jeans.

So, why are some Indian leaders so riled by a piece of clothing?
Denims first gained popularity in India in the 1980s and over the years have become the clothing of choice, especially for the young, across the country.

In the past few years, ripped jeans have become hugely popular and everyone from Bollywood stars and celebrities to ordinary Indians are seen wearing them.

"For the young, they are about looking hip and cool and fitting in with the fashionable crowd. For their parents and grandparents, it could be incomprehensible why their children would wear torn clothes."

But, it's one thing for parents to frown upon their children's sartorial choices, it's an entirely different issue when public authorities start blaming clothes for societal ills.

"It's an attempt to control women. It's tiring how these patriarchal men hide behind the veil of tradition to put women down by trying to control what they wear," says Mr Bhushan.

"They have no new counter-arguments so they offer the same tired arguments that jeans is not a part of our culture, that it has come from the West."

Mr Rawat's criticism of the ripped jeans has had an unintended consequence - it's prompted some to try it for the first time.

Viji Venkatesh, a Mumbai-based cancer counsellor, was among those who posted their photographs on Twitter.

Ms Venkatesh told me she was "so mad" by Mr Rawat's "ridiculous and offensive" comments that she "cut up a good pair of jeans" to turn it into ripped jeans.

"I'm 69 years old and generally wear saris. I had also always wondered why kids would wear shredded jeans," she said.
I asked her if she had second thoughts about it now?

"No, they are really comfortable on my knees and they still look pretty good," she says with a laugh.

But, on a serious note, she adds that what women wear is nobody's business but their own.

"It's not Mr Rawat's concern. He should be worried about melting glaciers in Uttarakhand, the environmental issues that the state is facing and not about what women are wearing."