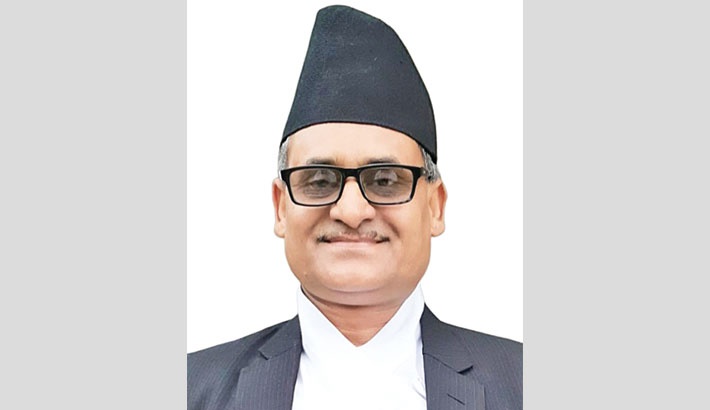 Nepal and the People’s Republic of Bangladesh enjoy excellent bilateral relations marked by goodwill, mutual understanding and cooperation ever since the establishment of Bangladesh as a free and sovereign nation and formalizing the diplomatic relations on 08 April, 1972. Nepal was the 7th country to extend recognition to Bangladesh.

Nepal and Bangladesh have similar views on the issues of common interests ranging from climate change to international support for developing countries. Both the countries share similar democratic values and aspirations and face similar development challenges. The Government of Nepal and the Nepali people admire the impressive progress made by Bangladesh in the economic and social spheres in recent years. Nepal and Bangladesh work closely on the issues of common interests in the bodies like UNCTAD, ECOSOC, WTO, and share similar views on various regional and international forums including SAARC, BIMSTEC and the United Nations. Nepal and Bangladesh have worked together in the spirit of partnership in regional forums like SAARC and BIMSTEC and multilateral forums such as the UN in resolving issues of regional and global concern such as international terrorism, poverty alleviation, environmental degradation and climate change.

A Memorandum of Understanding on the establishment of a Foreign Office Consultations mechanism at the Foreign Secretary level was signed in July 2012 in Dhaka. The mechanism reviews the entire gamut of bilateral relations between the two countries regularly and comprehensively. Since then many rounds of consultations were held in both countries in alternate years. Both countries need to continue their efforts and create new bilateral mechanisms and activate the existing mechanisms. Both countries can develop long term cooperation in Science and Technology and complement each other to achieving Sustainable Goals (SDG). There are variety of issues of bilateral concern and interest ranging from connectivity in roads, railways, airways and waterways to trade, tourism, education, culture and hydroelectric generation.

The exchange of visits at various levels and on different occasions has strengthened the cordial relations between the two countries. Highest and the most important in this series is the official goodwill visit of  H. E. Mr. Md. Abdul Hamid, Hon. President of the People’s Republic of Bangladesh,  to Nepal on November 12 to 15, 2019. Similarly Bangladesh is fully prepared to welcome Nepal’s Rt. Honorable President Bidya Devi Bhandari for state visit in the historical month of March 2021.

Prospect of Trade between Bangladesh and Nepal

We cannot be satisfied with the current low amount of trade volume existing between our two nations while being such close neighboring countries. Bilateral trade between our two countries is far below the potential. In 2018/19 fiscal year, the trade volume was around US$ 60 million, with the trade in favor of Bangladesh. Trade is an area of concern for both countries, Nepali goods can find access to the Bangladeshi market if zero tariff rate is levied and  Nepal would allow Bangladeshi exports on concessional terms (as agreed in commerce secretary level meeting in 2018).  A PTA (Preferential Trade Agreement) between our two countries is very much awaited.

Garment is a thriving industry in Bangladesh, for which Nepal is in a position to export yarn in abundance. Bilateral trade talks have covered a comprehensive agenda of many items, such as power trade, cargo carrying vehicles, use of Bangladeshi ports and export of yarn from Nepal, which is highly needed by Bangladesh for its garment industry. While Bangladesh could import from Nepal plenty of green vegetables and fruits of citrus variety like orange, apple, pear and peach and goods like Ginger, cardamom, cement, sand and boulders for which demand is increasing annually, Nepal could import Bangladeshi products like medicines and textiles, jute, juice, agro machineries and many others.

The business communities from both countries should be encouraged to organize a Single Country Trade Fair every year in both Kathmandu and Dhaka. This will have a positive impact on the trade enhancement between the two countries. Nepalese business people should be encouraged to take advantage of the huge market of Bangladesh, having about 165 million consumers near its border, and Bangladesh should complement with increased volume of trade.

Suitable area for investment in Nepal

There are various suitable and attractive avenues for investment in Nepal for investors around the world.

On March 29-30, 2019, "Nepal Investment Summit" was held in Kathmandu with the main objective to project Nepal as a favorable investment destination. The summit  unveiled potential opportunities for investment in various sectors in Nepal including Hydro power, Solar power, Tourism, Infrastructure, Industry, Transport, Agriculture and Information and Communication Technology.

Nepal has in place a special Investment Promotion Board, chaired by the Prime Minister, to attract foreign investments across all sectors. Thus, potential investors can also get the best out of this great opportunity that Nepal offers through this Board. Besides, the Federal Government, the Provincial Governments, especially Province no.1 which is the eastern province closest to Bangladesh, is proactive in welcoming Foreign Direct Investment in various sectors including domestic and local projects, thus being an encouraging prospect for Bangladesh.

After facing long standing instability and other challenges, Nepal is experiencing full political and administrative stability after the promulgation of the constitution  in 2015 and formation of all three tiers of the Government (753 Local Government, 7 Provincial Government and 1 Federal Government),  creating a positive and conducive  environment for investment .

Nepal now has availability of a skilled labor force, abundant natural resources, simplified regulations, improving infrastructures, skilled manpower and ensured regular power supply, thus the hurdles remain less significant. Nepal is directly connected with two big markets India and China as well, making this the best time for the Investors of Bangladesh to opt for investments in its dearer and nearer country.

Prospect of Tourism between Bangladesh and Nepal

Nepal, the land of Majestic Himalayas, the country of Mount Everest- the highest mountain peak of the world, and the Birthplace of Lord Gautama Buddha - Lumbini, with many diverse and rich ancient cultures, is a land of discovery and unique experience full of great tourism potential. For the people who value an experience that is authentic and mesmerizing, Nepal is the ideal destination. We intend to expose, share and provide opportunities to explore the natural boons and the hidden   treasures of Nepal to the whole world. With Nepal being so near and connected by land with Bangladesh, it could be a favorable and affordable destination for rapidly growing middle and higher income group of people of Bangladesh for tourism.

With Nepal being a landlocked country, a great opportunity exists for Nepalese people to experience the sea and have marine drive on the longest sea beach of the world at Cox’s Bazar in Bangladesh. We are expecting manifold increase in the number of tourists from and to Bangladesh and Nepal visiting each other’s country in the near future once connectivity becomes smooth after normalcy of the COVID-19 situation. Noting that, “from the Himalayas to the Bay of Bengal”, a tremendous potential exist between Nepal and Bangladesh for promotion of tourism and cultural exchange and cooperation.

Nepal is a unique creation of Nature and I, on behalf on my government and the people of Nepal, would like to invite the people of Bangladesh to visit Nepal and have a once in a Life time Experience.

Bangladesh on the path of Sonar Bangla

This March 2021 is the historic month marked by the birth centenary of the Father of the Nation, Bangabandhu Sheikh Mujibur Rahman (17 March) and golden jubilee, 50 years, of Bangladesh’s emergence as a sovereign independent nation (26 March). Bangladesh has showcased a remarkable, broad based socio-economic development reducing poverty and overcoming many barriers of violence, military coup and political instabilities and natural disasters under the efficient leadership of Honorable Prime Minister Sheikh Hasina, the able daughter of the founding Father of the Nation. In particular, the political stability over the last 12 years has furnished the much-needed enabling preconditions and ecosystem by turning every stone possible in the long march of social and economic development.

Recently, it has graduated from LDC status. Honorable PM Sheikh Hasina is determined to realize the dreams of her father and regain the lost glory and heritage of Bangladesh by moving rapidly on the path to achieve the dream of Sonar Bangla. As close neighbors, divided only by a distance of a few kilometer road in India, Nepal and Bangladesh can march ahead hand in hand on the road to peace, prosperity and stability through mutual cooperation and commitment to regional and global peace and stability.