2 killed in truck-CNG collision in Chattogram 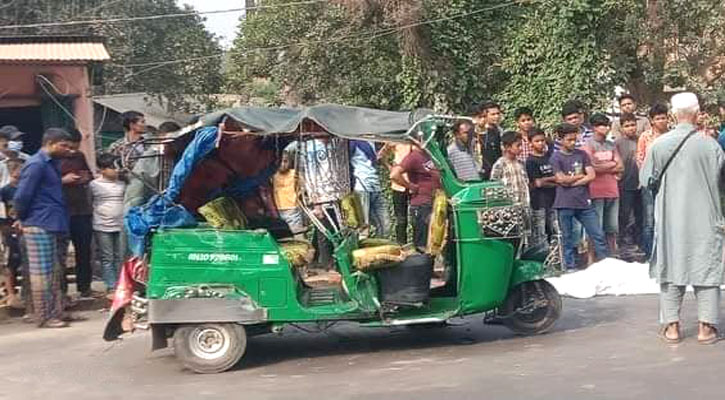 Two people were killed and four others injured after a truck collided head-on with a CNG-run auto-rickshaw in Fatikchhari upazila of the port city on Monday morning.

One of the deceased was identified as Manik Acharjya, 50, son of late Rajendra Acharjya of Noakhali's Kabirhat while details of the another deceased, age around 25, could not be known immediately.

The truck collided with the auto-rickshaw coming from opposite direction in front of JU Park at Bibirhat in the upazila around 9:30am, leaving one dead on the spot and five others injured, said Mir Sarwar Alam, in-charge of Fatikchhari Fire Service.

Later, one of the injured succumbed to his wounds on the way to Chattogram Medical College and Hospital (CMCH), he said.