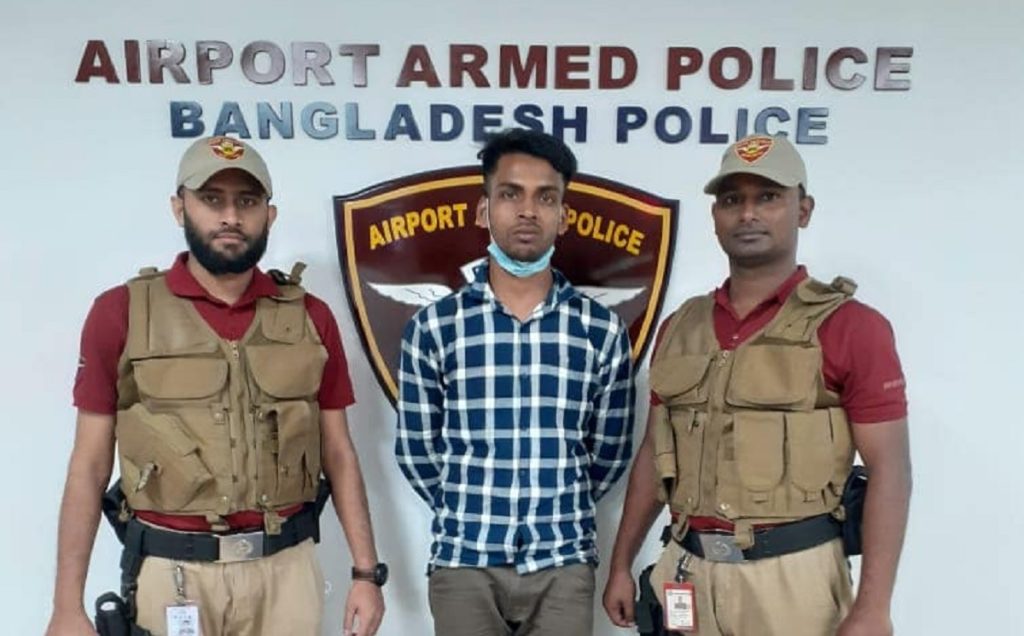 A man was arrested from Hazrat Shahjalal International Airport as he was attempting to smuggle nearly 10,000 pieces yaba pills inside pickle jars early Monday.

The arrestee was identified as Rakib Hossain, 31, resident of Ramganj upazila in Lakshmipur.

Confirming the news, Alamgir Hossain, additional superintendent (operations) of Airport Armed Police Battalion (APBn), Rakib was supposed to board a flight of Gulf Airlines around 5:45am enroute to Saudi Arabia.

A team of APBn challenged him when he arrived at the departure terminal around 3:30am. Later, the law enforcers recovered 9,885 pieces of yaba pills hidden inside two pickle jars, he added.

A case has been filed with Airport Police Station under Narcotics Control Act in this connection, he added.