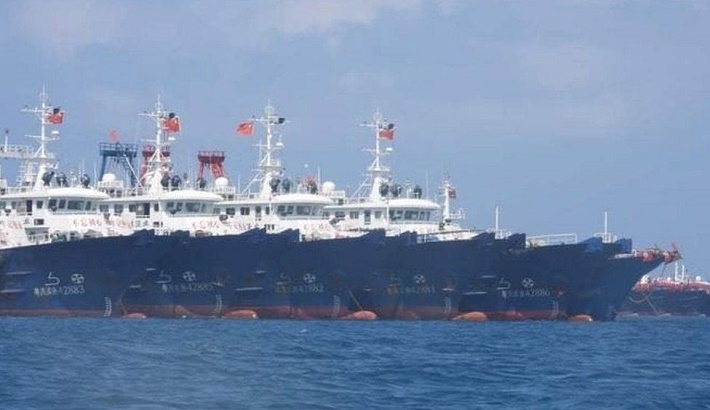 The Philippines has called on China to withdraw more than 200 ships it accuses of encroaching upon its territorial waters in the South China Sea.

The Philippines says the fishing boats do not appear to be fishing and are crewed by China's maritime militia.

Five years ago an international court rejected Chinese claims of sovereignty over 90% of the water mass.

The Philippines, Brunei, Malaysia, Taiwan and Vietnam have all been contesting China's claim to almost all of the Sea for decades but tension steadily increased in recent years.

Beijing continues to claim an area known as the "nine-dash line" and has backed its claim with island-building and patrols, expanding its military presence while maintaining that its intentions are peaceful.

What is the Philippine position?