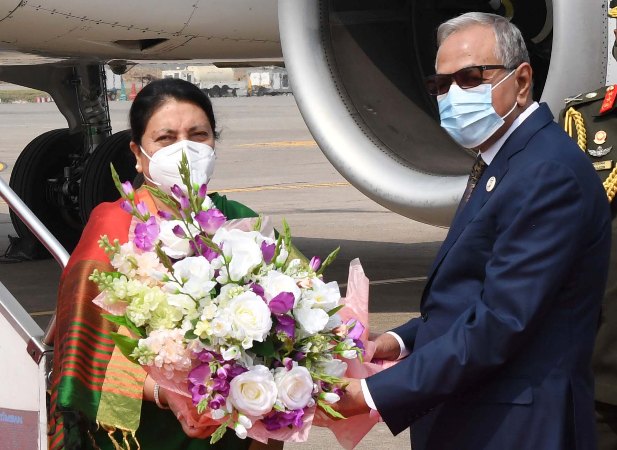 She will hold talks with Bangladesh leaderships to strengthen the bilateral relations and ink several deals.

Bidya Devi  is leading a 27-member high level delegation, which includes Foreign Affairs Minister Pradeep Kumar Gyawali and secretaries concerned and senior officials of the ministry, the President’s office and other ministries concerned.

A special aircraft carrying him landed in Hazrat Shahjalal International Airport at 9:55am

President Abdul Hamid received his Nepalese counterpart at the airport.

She was accorded guard of honour by a decorated team of Bangladesh Armed Force and 21 gun salutes.

From the airport, Nepalese President will go to the National Memorial at Savar to pay tribute to the martyrs of Bangladesh liberation by placing wreaths. She will sign the visitors’ book there and plant a sapling.