Govt hopes to get GSP plus facility in EU market 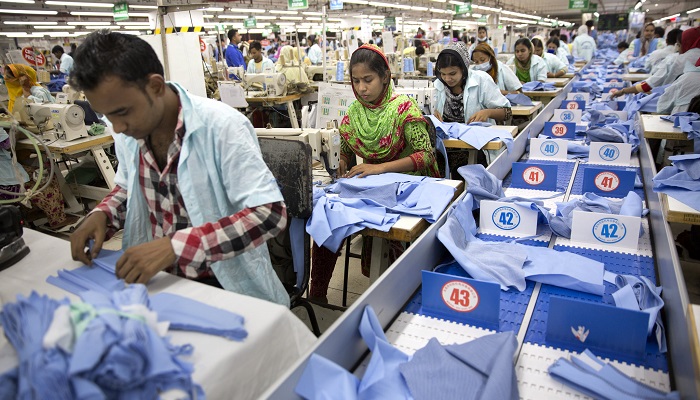 The government is tightening its belt to obtain GSP plus facility from the European Union to continue getting trade privileges even after the country’s exit from the LDC group.

Bangladesh is going to lose the current Generalised Scheme of Preferences (GSP) facility offered to the least developed countries (LDCs) in the EU market after 2026 when it will finally exit from the LDC bracket.

Recently, UN CDP has recommended Bangladesh’s graduation from the LDC group after it met all the transition criteria in two consecutive triennial reviews. The country is getting five years for a formal exit after 2026.

The government wants to make the necessary preparations for the next five years. Bangladesh-EU joint trade commission will shortly formulate a strategy in this regard, commerce ministry sources said.

The EU offers standard GSP for exports from low and lower-middle-income countries, allowing a partial or full removal of customs duties on over two-thirds of its tariff lines.

Bangladesh currently enjoys duty-free, quota-free access for all products except arms and ammunition in the EU market as an LDC under the Everything but Arms (EBA) facility.

The country's export to the EU has grown by 9.03 per cent in the past 10 years to $17.15 billion predominantly riding on the trade benefits.

Apart from apparels, the EU is a large market of Bangladeshi leather goods, the second largest export item. Besides, it is also an important export destination for local fish, agro products and processed food.

If the preferences under the existing GSP facility are not available after LDC exit, Bangladesh’s exports are estimated to face 8.7 per cent duty on average. And its exports may drop by 5.7 per cent per year.

Economic analysts and local entrepreneurs suggest availing the GSP plus facility in the EU market to fend off the export shocks, otherwise, the country’s economy might be in a trouble.

But the EU has announced that Bangladesh can get the GSP+ facility if it can meet 27 conditions including those linked to labour standard and human rights.

“Bangladesh has been recommended by the UN CDP for LDC graduation, which is a matter of honour and pride for the country. At the same time, it can pose some challenges before us,” Commerce Minister Tipu Munshi said.

“For that, we’ve to be better prepared for getting the GSP facility in the European Union market. Otherwise, the country’s economy might be affected badly,”

In a high-level virtual policy meeting in October last year, the EU conveyed the message that Bangladesh would not get the GSP Plus facility until it implements the 27 core UN conventions on labour reforms, human rights and governance, official sources said.

The commerce minister, however, hopes that the country will be able to obtain the GSP plus facility by meeting all the eligibility criteria for being able to get it.

The ministry of commerce has already started work to meet the EU requirements in getting the new preferential trading arrangement, he informed.

In the wake of the Rana Plaza tragedy, Bangladesh has been able to meet 16 conditions of the action plan of the USA dealing with labour standard and working environment in RMG factories.

Meanwhile, the country has been able to set up more than one hundred world’s most compliant garment factories, which is believed to help it get the GSP plus facility.