All set to welcome Narendra Modi 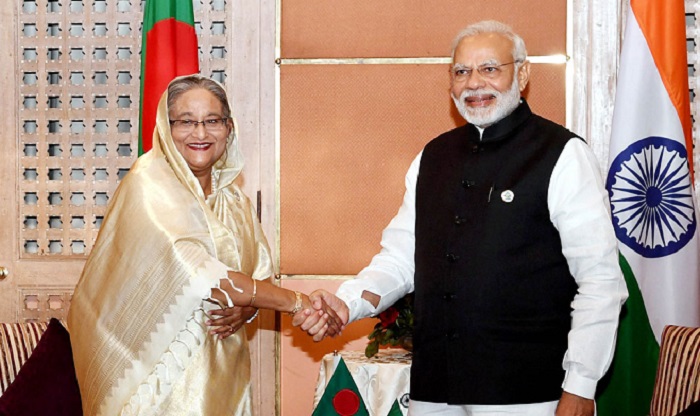 Bangladesh is all set to welcome Indian Prime Minister Narendra Modi, who will arrive in Dhaka on March 26 on a ‘historic’ visit to attend three grand events, marking the birth centenary of Father of the Nation Bangabandhu Sheikh Mujibur Rahman, golden jubilee of Bangladesh’s independence and 50 years of diplomatic ties between Bangladesh and India.

These three occasions associated with Modi’s visit are highly emotive for Bangladeshis. Modi’s historic trip is expected to further strengthen the bond between the two nations, benefiting people of Bangladesh and India and South Asian region.

Diplomatic sources in Dhaka and New Delhi commented that Modi's planned visit to Dhaka on March 26-27 will certainly be a ‘very memorable’ one. This will be Modi's first visit to any foreign country during the Covid-19 pandemic.

Modi’s visit is taking place at a time when there is a tremendous groundswell of goodwill for India and people in Bangladesh on account of New Delhi going the extra mile to make the Covid-19 vaccine available to its next door neighbour.

Foreign Minister AK Abdul Momen has recently told the media: “We’re very lucky that the Indian premier will join us in these celebrations. We’re happy that he is coming. It shows the height of diplomatic maturity and achievement.”

He said Bangladesh and India have a ‘rock-solid relationship’ and highlighted the strong social, cultural and historical bonds that bind the people of the two countries.

The Bangladesh foreign minister recalled that during Bangladesh’s independence movement India had come forward to help Bangladeshis ‘physically and mentally’, and that Indian soldiers had ‘shed blood’ for the great cause.

On what could be expected  during Modi’s tour, Indian External Affairs Minister S Jaishankar on March  4 in Dhaka said the significance of India’s ties with Bangladesh lay in Dhaka’s centrality for India’s ‘Neighbourhood First’ policy and its growing relevance for India’s ‘Act East’ policy.

He said, “Our relationship is so broad and our comfort level so high that there is no domain today that is left untouched. It is a truly a 360 degree partnership. Our relations actually transcend even our strategic partnership, and I believe that our bonding is central to the realisation of a dream of a peaceful, prosperous and progressive South Asia”.

“We see Bangladesh as a key neighbour and a valued partner not only in South Asia but also in the broader Indo-Pacific region. Every outcome and achievement in our relationship resonates through this region. It is no secret that we cite it to others as an example for emulation. We are working so hard to expand our relationship to whole dimensions, ranging from security, trade, transport and connectivity, culture, people to people ties ensuring development of our shared resources. Our comfort levels are now so high that we have shown that there is no issue that we cannot discuss and resolve through amicable dialogue,” Jaishankar added.

In such an atmosphere, Jaishankar stressed that Modi’s visit will undoubtedly be a ‘very memorable one’.

Diplomatic sources said a range of issues are likely to be discussed during the scheduled meeting between Bangladesh Prime Minister Sheikh Hasina and her Indian counterpart Narendra Modi, and a number of agreements are expected to be signed.

Connectivity is an area that can be expected to receive considerable attention at the official talks between the two leaders. If we can build proper connectivity between Bangladesh and India, the entire geo-economics of the region will change, they said.

On the first day, Modi will join the celebration programme at the National Parade Ground and will inaugurate Bangabandhu-Bapu Museum and state banquet to be hosted by Prime Minister Sheikh Hasina in honour of her Indian counterpart.

On the concluding day on March 27, Modi will visit Gopalganj to pay respects to the Father of the Nation Bangabandhu Sheikh Mujibur Rahman.

He will visit the famous Jeshoreshwari Kali temple in Satkhira and offer prayers at Matua temple of Orakandi on the day. The Matuas are a sect of Hindu Vaishnavite Bengalis originating in present day Bangladesh who migrated to West Bengal after 1947.

Upon return to capital Dhaka, Modi will hold official talks with his Bangladesh counterpart at the Prime Minister’s Office at 4:00pm. The two leaders will then join virtual inauguration of various projects and witness signing of bilateral documents.

Modi will call on President Md Abdul Hamid at Bangabhaban and leave Dhaka in the evening of March 27.