Quader urges all to remain alert against anti-country plots 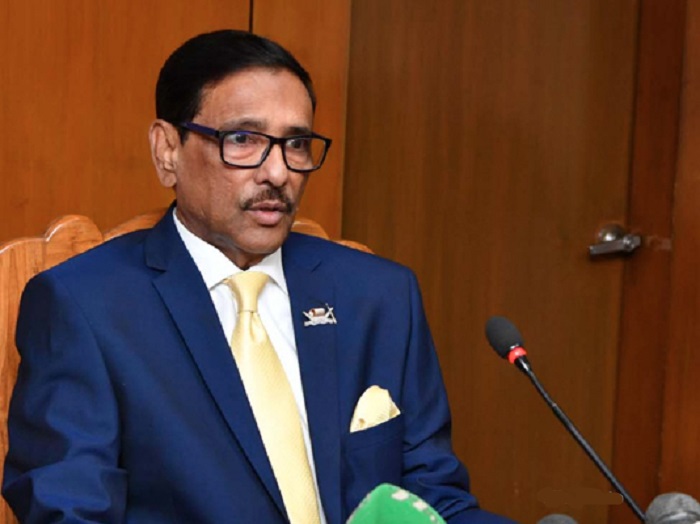 Awami League General Secretary and Road Transport and Bridges Minister Obaidul Quader called on Sunday upon the people as well as the party leaders and workers to remain alert against anti-government and anti-country conspiracies.

“Anti-government and anti-country conspiracies are still going on. We will have to make united resistance against all sorts of conspiracies,” he told a discussion marking the 101st birth anniversary of Father of the Bangabandhu Sheikh Mujibur Rahman and National Children’s Day.

Awami League President and Prime Minister Sheikh Hasina chaired the discussion joining it through videoconferencing from her official Ganabhaban residence. Quader said though the Awami League is in power, it haven’t left the street.

“We will have to make united resistance against the conspiracies for ousting the government and the anti-country plots. This should be our oath on the occasion of Bangabandhu’s birth anniversary,” he said.

The AL general secretary said Bangabandhu remains in the heart of the Bangalee nation with self-glory.

“If we recall Bangabandhu, we must have to recall the role of his daughter Prime Minister Sheikh Hasina. Without Sheikh Hasina, it cannot be possible to translate Bangabandhu’s dream into reality,” he said.

Under the dynamic leadership of Prime Minister Sheikh Hasina, the country is going ahead on the development highway in an indomitable speed.