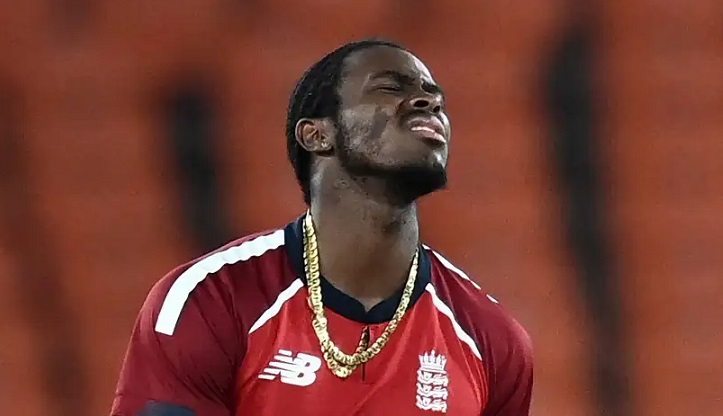 Jofra Archer has been ruled out of England's one-day international series against India and will also miss the start of the Indian Premier League due to an ongoing elbow injury, the England and Wales Cricket Board statement said Sunday.

Fast bowler Archer played in all five matches of the recently concluded Twenty20 series in India, which the hosts won 3-2.

He bowled his maximum allocation of 20 overs but was all the while nursing a painful right elbow.

The Sussex quick missed two of the four Tests against India earlier in the tour because of the same elbow problem and is being sent home for further medical assessment.

That means he will miss the three ODI matches in Pune, with his arrival at Rajasthan Royals for the latest IPL delayed.

"Jofra Archer is returning to the UK for further management and investigation of his right elbow injury," said an ECB statement.

"Jofra's elbow issue has deteriorated over the course of the Twenty20 International series and made it increasingly challenging for him to maintain performance levels. He has been deemed unfit for selection for the ODI series.

"The ECB medical team will assess the player and, together with Jofra, develop a treatment plan and a return-to-play schedule in due course.

"As a consequence, Jofra will miss the start of this year's Indian Premier League."