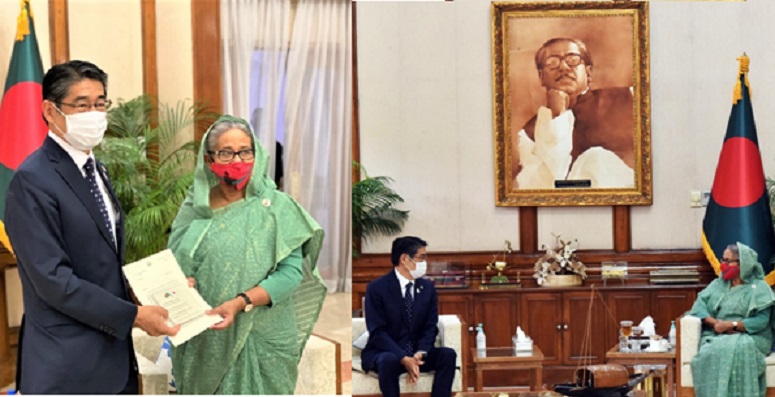 Ambassador of Japan to Bangladesh ITO Naoki on Sunday handed over a documentary video to Prime Minister Sheikh Hasina containing Bangabandhu’s landmark visit to Japan in 1973.

The video was recorded when Bangabandhu Sheikh Mujibur Rahman visited Japan in 1973 and vividly shows us every moment of the successful official visit, said the Embassy of Japan in Dhaka.

Father of the Nation Bangabandhu, Sheikh Mujibur Rahman visited Japan from October 18 to 24, 1973 as Prime Minister with his daughter Sheikh Rehana and his son Sheikh Russel.

During his stay in Japan, Bangabandhu also had talks with Prime Minister TANAKA Kakuei and Foreign Minister OHIRA Masayoshi. Along with the programmes in Tokyo and its suburbs, Bangabandhu also enjoyed a local trip to Wakayama, Osaka and Kyoto.

Part of the video was aired in a live musical performance by Bajna Beat at National Parade Ground on March 20 in front of Prime Minister Hasina and Sheikh Rehana, who spoke very highly of the performance.