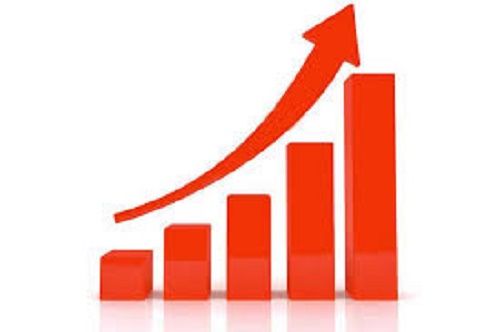 The government has prepared a roadmap with sector-specific strategies to help the country make a smooth transition from Least Developed Country (LDC) group to a developing nation.

The General Economics Division (GED) under the Planning Commission has prepared the roadman with 13 recommendations, specifying action plans for different ministries or divisions.

On February 26, UN CDP finally recommended that Bangladesh can exit from LDC group after the country became eligible in all the three criteria for graduation for two consecutive triennial reviews.

Bangladesh is getting five years instead of usually required three years for the formal exit from the group by 2026 as it has been given two more years by the UN to endure the Covid-19 pandemic shocks.

“Getting the recommendation for final graduation is definitely a great achievement for us, but Bangladesh has to face several challenges after the graduation,” GED Member Dr Shamsul Alam said.

The GED has put forward a set of recommendation styled: “Policy Matrix for Coping up with LDC Graduation” to help face those challenges,” he informed.

“Apart from the challenges, the graduation will bring some opportunities for the country as well, which have to be utilised properly with working in a planned way,” Dr Shamsul Alam, also a top policymaker, pointed out.

In its Vision 2041, also known as the second perspective plan, the government has already made some projections for impacts of LDC exit.

The long-term plan says that Bangladesh’s exports will put under pressure by the loss of preferential trade facilities in the key export markets due to exit from LDCs.

The country is estimated to lose 11 per cent exports per year because of the end of the trade benefits in the EU, Canada, Australia, Japan, China and India. The total loss of exports may stand at $7 billion.

Besides, the country is going to face strong headwinds from WTO’s stopping some trade facilities linked to intellectual property rights, which in particular will have direct impacts on the local thriving pharmaceutical industry.

So, the government is seriously thinking about taking necessary preparation for facing the challenges likely stem from LDC graduation.

GED has emphasized the finance ministry implement the planned revenue policy to raise the tax-GDP ratio to 10 per cent this fiscal year and 15 per cent by 2031 with below 5 per cent of GDP revenue deficit.

The central bank in coordination with the finance ministry has to take a monetary policy with keeping in mind growth and inflation so that the inflation rate stays below 5 per cent in 2031, GED recommends.

Exchange rate management has to be simplified and foreign loans should focus on necessity and it should not exceed 15 per cent of GDP or 10 per cent of exports and remittances.

GED has suggested enhancing oversight in the financial sector to streamline the banking sector while cutting the total volume of non-performing loans to 7 per cent by this fiscal year.

The Commerce ministry and NBR have to work together to remove trade policies hindering exports. They have to shun favours in export supports and safeguarding some trades.

For this, the commerce ministry, industries ministry and NBR have to prepare the trade and industrialization strategy by this year and implement it by 2022.

The ministry of commerce has to take several initiatives to improve the country’s trade skills. It has to try to sign bilateral trade deals like FTAs with different countries.

The Commerce ministry must complete and send FTA proposals to 23 major countries by 2023, while at least two FTAs must be functional, according to GED’s recommendations.

It will also prepare a time-bound action plan to increase the country’s global trade facility after the LDC graduation.

Besides, an action plan has to be formulated and implemented to improve the investment climate to lure local and foreign investment so that the country moves up to 75th position of the World Bank’s Ease of Doing Business indicator by 2024 from 176th position in 2019.

Ministry of finance, BIDA and Bangladesh Bank have to jointly work for lifting private investment level to GDP’s 29 per cent by 2025 and to 32 per cent by 2031. And foreign direct investment (FDI) has to be raised to $10 billion by 2022.

Emphasis has also be given on improving policies regarding energy and power, and transport. GED also calls for quick implementation of transport sector projects, timely finishing important projects, full electrification by 2022 and intensifying PPP schemes.

With the initiatives, the government seeks to jump to the 60th position on the World Bank’s Logistic Performance Index by 2031.

For improving labour skills, GED stressed raising the education budget to 3.5 per cent of the GDP by 2031 to increase public investment in education to improve the quality of education and training.

It also sought specific policies and action plans for improving technology and creating more employment with synchronization with technology.