RAB protests rumour by an accused to malign elite force 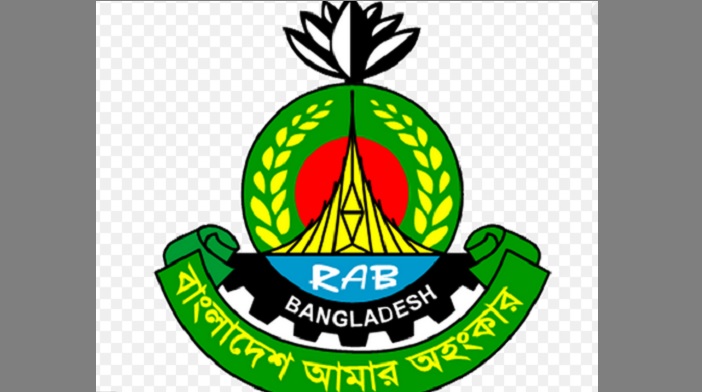 Rapid Action Battalion (RAB) has protested an unholy attempt to malign the elite force by a person who is implicated in a case for attacking some on-duty law enforcers.

After being enlarged on bail in the case, ABM Ibrahim Khalil has posted video on the social media claiming his innocence and putting blame on the elite force, RAB said in a statement issued on Saturday.

RAB arrested ABM Ibrahim Khalil for attacking on-duty members of the force and obstructing them from discharging duties at Khaje Dewan Lane under Chawkbazar Police Station in the capital on March 11.

After the incident, the force members were compelled to arrest Ibrahim Khalil and hand over him to the police, said RAB adding that it also filed a case against the offender with Chawkbazar Model Police Station.

According to the statement signed by ASP ANM Emran Khan, Assistant Director of Media Wing at the RAB headquarters, some members of RAB-10’s CPC Lalbagh camp went to the Chawkbazar Khaje Dewan Lane area around 5:00pm on March 11 to gather information about a notorious drug dealer.

Hearing screaming of injured RAB members, people of the area rushed to the spot and rescued them, the statement added.

Later, RAB arrested ABM Ibrahim Khalil who tried to resist the force and was locked in scuffle. The detainee and injured RAB members were given first hand treatment at Salimullah Medical College and Hospital.

RAB claimed to have filed a case against Ibrahim Khalil with Chawkbazar Model Police Station and handed over him to police within a few hours.

Enlarged on bail, ABM Ibrahim Khalil has posted video on social media claiming that he was arrested from Supreme Court premises, in an attempt to distort the real fact and sensitise the issue, RAB said.

The accused is also making false allegation that he was heavily tortured by RAB in an apparent bid to malign the elite force,  it claimed.