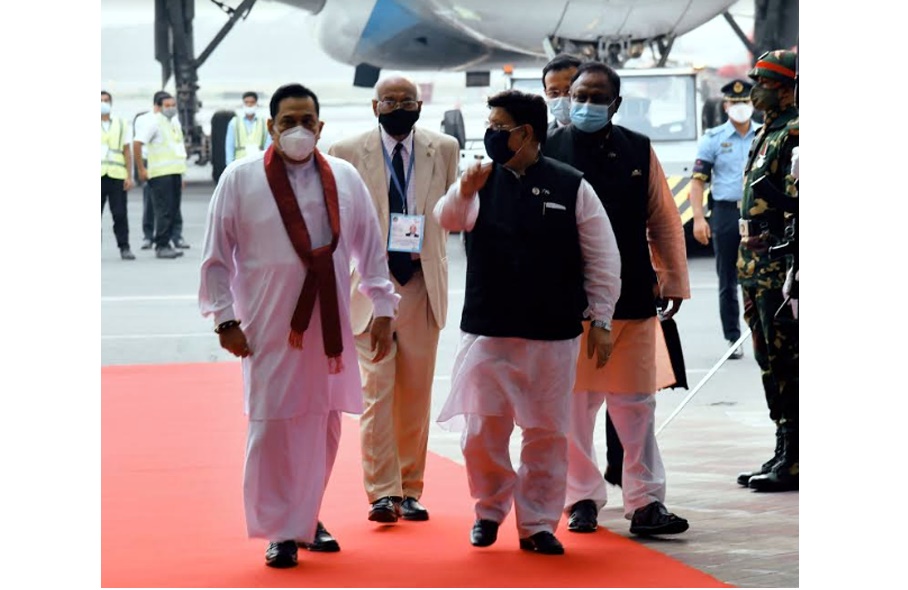 The Sri Lankan premier came to Dhaka on Friday morning on a two-day official visit, the second of the world leaders to attend the celebrations of the birth centenary of Bangabandhu Sheikh Mujibur Rahman and the Golden Jubilee of Bangladesh's Independence.

A VVIP flight of Sri Lankan Airlines, carrying the Sri Lankan premier along with his wife and other entourage, landed at Hazrat Shahjalal International Airport (HISA) at 9:45am yesterday.

Bangladesh Prime Minister Sheikh Hasina welcomed him at the VVIP tarmac of the Hazrat Shahjalal International Airport in Dhaka by presenting him with a bouquet.

The MoUs are signed at the Prime Minister's Office in the capital in presence of Prime Minister Sheikh Hasina and her Lankan counterpart Mahinda Rajapaksa.