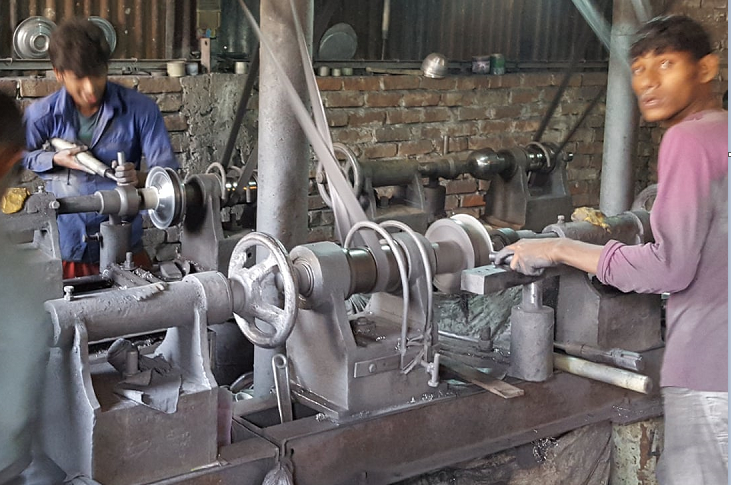 Two more hazardous sectors of the country – cold storage and pharmaceuticals – are going to be declared as child labour-free soon as part of the government’s initiative to eradicate child labour from all sectors by 2025.

To this end, the Department of Inspection for Factories and Establishments has submitted a proposal before the Labour and Employment Ministry.

Talking to BSS, Labour and Employment Secretary KM Abdus Salam said the government is making its best efforts to eliminate hazardous child labour from the country to ensure rights of children for building a healthy nation.

He informed that the authorities have a plan to expand the list of hazardous labour as per the decision of the Tripartite Consultancy Committee (TCC) meeting.

Additional Inspector General of the Department of Inspection for Factories and Establishments Md Ejaz Ahmed Jaber said the government has taken a plan to make child labour-free from all sectors of the country.

As part of this, two new sectors are going to be declared child labour-free after maintaining all procedures.

“Now, there are 38 hazardous sectors. We have a plan to include six more sectors, including child labour in the dried fish sector, as hazardous for children,” he added.

Joint Inspector General of the Department of Inspection for Factories and Establishments Dr Md Mostafizur Rahman said that they have already submitted a proposal to the ministry to declare the two new sectors as child labour-free.

After evaluating and maintaining all steps, the government will declare the two sectors as child labour-free, he added.

“If we cannot eliminate the risky child labour, worthy citizens will not come from the poor family in future,” he added.

Civic Engagement and Capacity Development Specialist of the CLIMB project Md Tanvir Sharif said despite many successes of the government and national and international organizations in various labour intensive sectors, child labour in the dried fish sector still requires more attention as it is one of the worst forms of child labour.

“Children working in this sector are exposed to hazardous chemicals, saline water for hours and they work in adverse working condition. They work more than nine hours in hazardous environment without any protective gear. And as such experience skin diseases and respiratory problems. More importantly, the children have less attendance in schools,” he added.

Among the child workers, he said, 72 percent is daily basis and the rest is contractual.