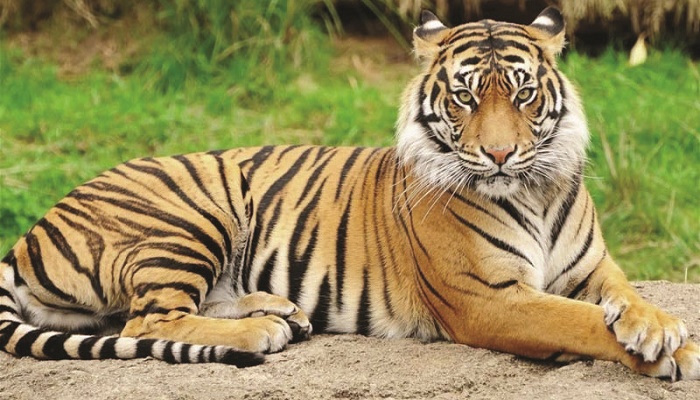 A Royal Bengal Tigress was found dead near Sundarbans mangrove forest at Dhunchebaria Char in Bagerhat on Friday evening.

The female tiger which was found dead at the Bhola River char under the Sarankhola Range of the Sundarbans’ East Forest Department around 8:00pm.

Forest rangers recovered the body while patrolling in the area and they brought it to the Range office.

The tigress is 7ft-long and approximately 15 years old.

"It is not possible to confirm the cause of the death before getting the autopsy report”, he said.

Samples from the deceased animal will be sent to the forensic lab in Dhaka to find out the exact cause of its death, he added.