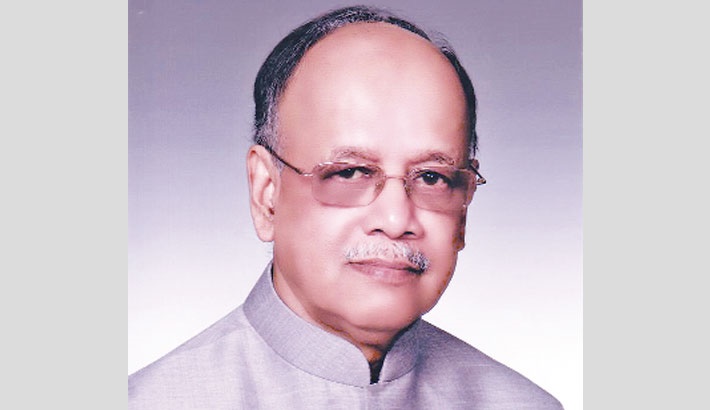 Whether it is a relationship between or amongst neighbours in the context of families or nations, a good relationship matters as no one knows how and which neighbour or neighbours will come to aid in times of need or any crisis. In the present day urban life the concept of neighbours is gradually fading away and in any apartment complex hardly the apartment dwellers know each other. Living in the same building most of them are strangers to families living next door. This is a social cost that urban dwellers have to pay for ‘better’ living in any country. For countries or nations not having good or friendly relationship amongst or between them can be very costly under today’s globalized context. Afghanistan-Pakistan-India is a perfect example where because of the worsening relationship amongst these three countries how not only the prosperity and development of these countries suffered in the past but in the end it is the people who pay the cost. European Union is an example what happens when countries, in spite of political boundaries, are able forge strong relationship for collective prosperity and development. Though Britain decided to leave European Union, it is already facing certain economic hiccups. US-Canada relationship instead of being very warm has rarely been so and recently the White House made it clear that it has no plans to share American Covic-19 vaccines with Canada or Mexico. The Biden administration in clear terms said it would not allow the export of doses manufactured in the US, (Moderna and Pfizer) any time soon.  Biden wants every American to have the vaccine first though a sizeable number of Americans neither believes in anything called Covid-19 or thinks vaccines are of any use. They are mostly followers of former President Donald Trump. Canada’s Prime Minister Justin Trudeau has asked India to come to their aid by supplying AstraZeneca vaccines made by Serum-Institute of India. Indian Prime Minster promised that once Serum-Institute is able fulfil all its previous orders it will ask them to supply vaccines to Canada. It must be remembered that India is not a neighbour of Canada. India even allowed the Serum Institute to ship its first consignment to Bangladesh before India got any vaccine.  Here it is the call of humanity that worked.

Currently Bangladesh is celebrating the Golden Jubilee of its independence and on 17th March it celebrated Father of the Nation Bangabandhu Sheikh Mujibur Rahman’s Birth Centenary amidst toned down fanfare due to Covid-19 pandemic.

Starting on 17th March it will continue till 27th March and Friendship amongst Neighbours Mattersduring this time five Heads of States and Heads of Governments from the SAARC countries are expected to attend different programmes. On day one it was the President of the Maldives who graced the occasion. Japan, Canada, Cambodia, Vietnams Prime Ministers, and China’s President have already sent messages felicitating the occasions and praising the leadership of Bangabandhu. Sri Lankan Prime Minister is already in Dhaka while the Prime Ministers of Nepal, Bhutan and India are expected to come within next few days. On this occasion only Afghanistan and Pakistan will not have any representation. Afghanistan is going through a political turmoil due to Taliban menace and for obvious reasons Pakistan will not be represented. However, on 16th March when Bangladesh’s High Commissioner to Pakistan made a courtesy call on the President of Pakistan Dr. Arif Alvi, Pakistan’s President said that Pakistan wants to improve ties with Bangladesh (the Dawn, 17th March). However there are many unsettled issues between the two countries which need to be solved before any meaningful relationship can be established between the two countries.

In the recent times some gestures shown by Bangladesh to its neighbours are perfect examples what good neighbourly relationships can achieve. In 2011 when the Maldives hosted the SAARC summit Bangladesh provided it with important logistic support from providing of transport to sending security personnel. When its water purification plants were destroyed due to cyclonic storm and tsunami, Bangladesh was quick to respond by supplying it with millions of litters of drinking water. Very recently when it was known that the Maldives does not have enough health service support to administer Covid-19 vaccine, Bangladesh responded quickly by airlifting nurses and health workers to Male to assist the country’s health sector.

Couple of years back when Sri Lanka needed some assistance to meet its deficit food supply caused by natural calamities Bangladesh responded immediately. When Nepal needs any assistance - be it food or fertilizer - Bangladesh was always on its side. Bhutan has a special relationship with Bangladesh as its Prime Minster studied in Bangladesh to become a professional doctor. He also maintains a personal relationship with Bangladesh’s Prime Minster. Bangladesh receives substantial number of Bhutanese students who come here to study medicine, agriculture or in other subjects.

Myanmar could have been a very useful friendly neighbour both economically and socially. The people of Indian subcontinent always had a very good relationship with the people of Myanmar (then Burma) in the pre-partition days.  Once the British granted independence to Myanmar in 1948 with so much of enviable natural resources all doors of Myanmar flung open for it to become one of the most developed countries in South Asia. Unfortunately Myanmar loved to live in the past, never had any plan for turning itself into a modern democratic and secular state. Since 1948 the country with so much potential for becoming a developed nations was ruined by decades of military rule and today the country lies ethnically divided, virtually each ethnic communities  forming an armed insurgent secessionist group and fighting the Myanmar security forces. Currently the country is going through a devastating political turmoil and if things do not improve it will be difficult for Myanmar to survive as one nation.

Bangladesh’s relationship with India has always been strategically and naturally important because the country was curved out of what was once an undivided India. Both the countries share so much of common culture, history and heritage. The people of Bangladesh will never forget the sacrifices of the people of India and the assistance by the government of India under the premiership of Indira Gandhi in 1971. When Pakistani soldiers triggered the ‘Operation Search Light’ on the night of 25/26 March 1971, hell broke lose all over the country. The objective of the operation was to annihilate the unarmed people of this country through a brutal genocide never experienced by the people of Bangladesh. Ten million people of the country fled to the neighbouring states of India, especially Paschimbanga (West Bengal), Tripura and Assam. The people of these Indian states proved that nothing is more precious than humanity and they did not hesitate to share their food and shelter with fleeing wretched people of this country. Soon the Bangladesh Mukti Bahini (Freedom Fighters) was formed with the help of India to challenge the atrocities of the Pakistani soldiers. When the final fight for Dhaka began on 3rd December 1971 the Indian army formed a Joint Command with the Mukti Bahini and by the evening of 15th December Pakistani forces decided to surrender to this command. The surrender ceremony took place next day.  How many Indian soldiers sacrificed their lives along with those of our Mukti Bahini was never disclosed but some rough estimates put the figures to seventeen thousand.

Since the emergence of Bangladesh as an independent nation both the countries maintained a good relationship till the assassination of the Father of the Nation Bangabandhu Sheikh Mujibur Rahman. The relationship took a nose dive during the rule of General Zia and his wife Begum Zia because they allowed the insurgents of North East India to use Bangladesh as their sanctuary and carry out their secessionist   movements. Bangladesh with the help of state machinery became a safe route for smuggling illegal arms by the insurgents. It is only when Sheikh Hasina and her party Awami League was in power (1996-2001, 2009 till now) that secessionist movement ceased to exist as Sheikh Hasina took stern  measures to uproot all the secessionist sanctuaries from Bangladesh. Today North Eastern States of India are more peaceful than many other states in India. When Sheikh Hasina says she has given the most valuable thing to India, she is talking about the national security of India and for any country nothing can be more important than its security.

In the recent times Bangladesh has allowed both its sea ports, river ports, land ports to be used as transit and transhipment ports by India besides re-linking the previously de-linked rail links. During Sheikh Hasina’s 1996-2001 rule Bangladesh established road links for plying of passenger buses between Dhaka and Bangladesh. The most remarkable achievements  during the three successive rules of Sheikh Hasina includes  delineating the maritime boundary trough the international mediation and the exchange of adversely possessed enclaves between the two countries. When the Bill for this exchange was passed in the both houses of the Indian parliament the members created a remarkable moment when they unanimously voted in favour of passing of the Bill. Today the connectivity between both the countries is stronger than any previous time.

However, though both the countries have come a long way in strengthening the relationship, still two resolvable issues remain unresolved. The most important of these issues is equitable sharing of the Teesta and other river water. If long outstanding Ganges water sharing dispute could be solved peacefully, there is no reason why the water sharing issue of other rivers cannot be resolved. The second issued is killing of civilians at the border. Trespassing is very common in north and western borders of Bangladesh and so is the killing by BSF at the Bangladesh-India borders. It must not be forgotten that when Bengal was divided in 1947 it was not only that land was divided but innumerable families irrespective of religion, caste or creed were also divided. People in the border areas illegally cross the border to meet their divided family members and section of people from both sides of border trespasses for carrying out illegal trade and smuggling. No doubt it is a menace for both the countries but killing of the trespassers have not yielded any tangible result. World’s most porous border is the US-Mexico border and trespassing is much more severe there but seldom there is any incidence of firing of lethal weapons to kill the trespassers. If BSF is a little more patient and considerate, such problems can easily be stopped.

Indian Prime Minister Mr. Narendra Modi is expected to come on a goodwill visit to Bangladesh soon on the occasion of Bangabandhu’s Birth Centenary. Though such visits normally do not have any formal agenda but if both Prime Ministers agree they may discuss the unresolved issues that still exist between the two countries. That may initiate the thawing of the prevailing problems that still remain unresolved So far whatever development has happened between Bangladesh and India there is no denying the fact that India has gained more than Bangladesh because of Bangladesh’s strategic location and government’s good intention. Some damages are also caused by irrational rhetoric by some irresponsible politicians and religious bigots. Such rhetoric serves no purpose except damaging the relationship between the two countries. Soon they realize this, the better for both the countries. Some fanatics and self-styled leaders often declare that Mr. Modi is not welcome to Bangladesh. These irrationals forget that it is not one Mr. Modi who is coming to Bangladesh it is the Prime Minster of India, the country which served as the midwife when Bangladesh was born is coming to pay respect to the Father of the Nation, Bangabandhu Sheikh Mujibur Rahman. Long live the friendship between and amongst the neighbours and let sense return to those who survive on useless and hollow political rhetoric and jingoism.